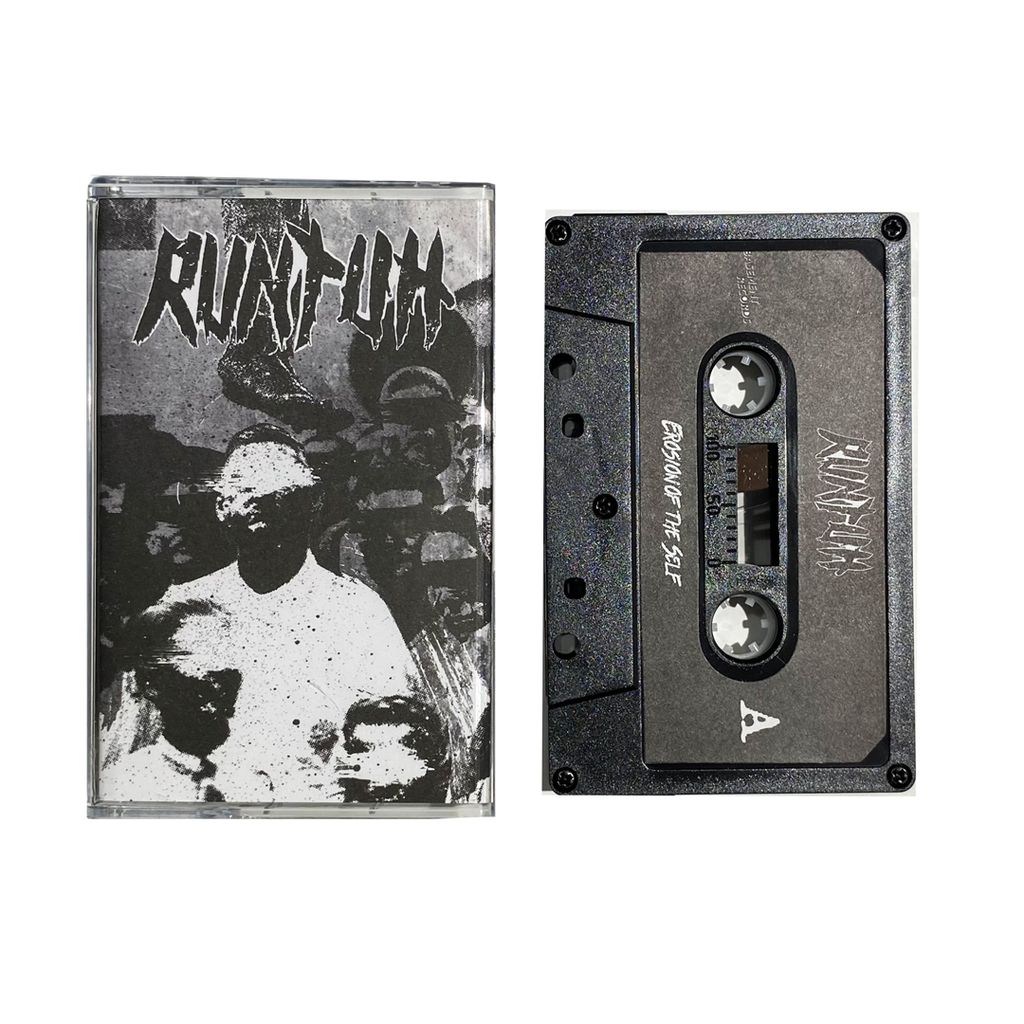 • Runtuh "Erosion of the Self" Cassette

Their latest album reflects a significant departure from the emotional/depressive style characterized in their debut release 'Dissolution' and instead, finds them delving deeper into a harsher, grittier and more nihilistic sphere of sound, form and thematic context.

This is directly aligned with the band's intention of addressing topics of social disorder and hypocrisy, bigotry, political corruption and modern slavery. The band humbly offers up 5 crushing songs that navigate the loss of one's humanity and freedom at the hands of autocratic oppression and control.