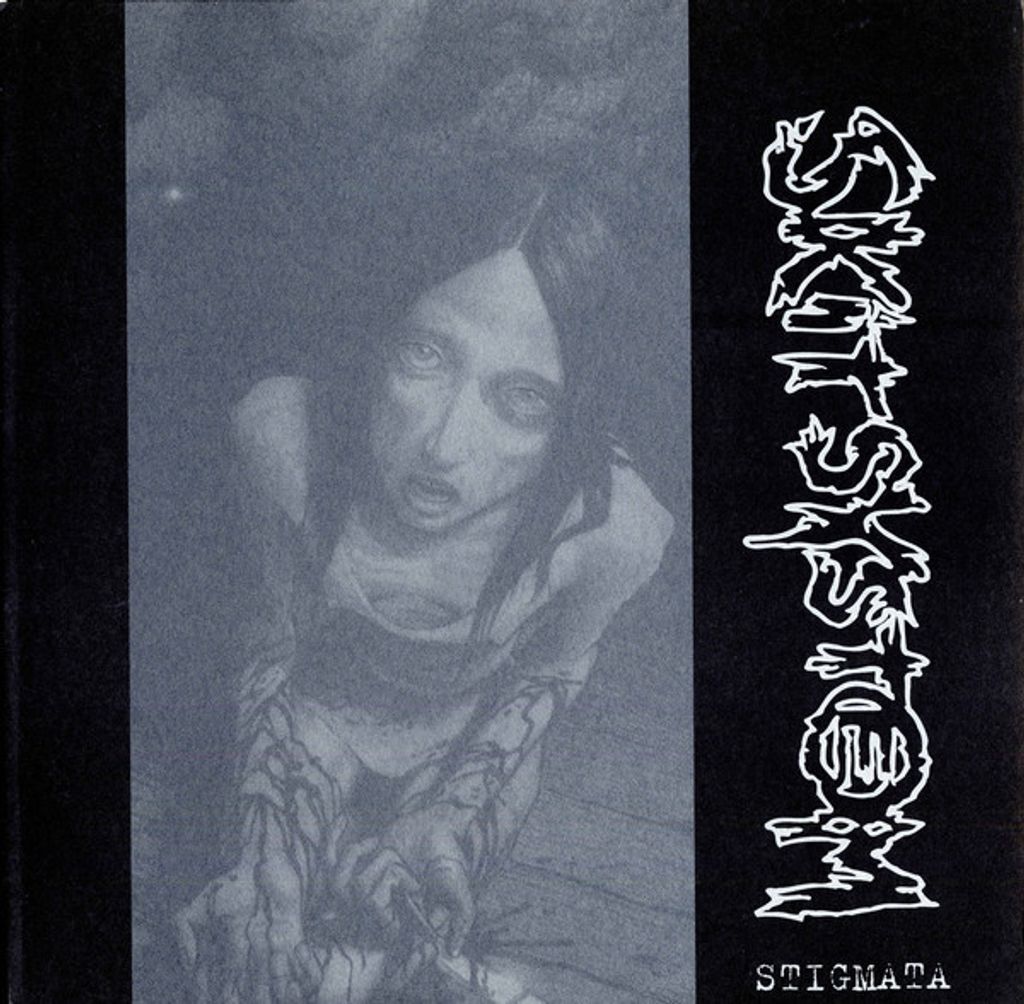 Third LP. Dark and menacing Swedish crust core from the masters. First recordings to feature Micke (of Martyrdöd) on second guitar. This LP takes one step deeper into the dark realm that Skitystem has created. Many of the songs are slower than you would expect but with an intense power that grips you from the first listen. For people who accuse bands with multiple full lengths of "recording the same record over and over" this release is a testament to band that can continue to evolve and create while sticking to a pure style. It's hard to pin this band down for sticking to a formula, since they were the pioneers of this style. You will hear much of the same raw eneregy of the early releases in this recording. At the same time, you will hear the band explore a darker and more punishing aural terrain. Swedish Käng with a touch of metal influence, heavy and brutal.  Frederick's lyrics are a chillingly bleak examination of some of the horrors of modern life. Songs deal with child abuse, sexual abuse, suicide and self destruction, eating disorders and alienation. All topics he has gained a deeper understanding of in his job as a social worker. You read a lot of superficial punk lyrics about suicide and such that just seem like they were writing "to fit the music". Skitsystem is one of the few bands to confront these troubling issues with some deeper understanding and create more than just "sick lyrics" to go with heavy music. After reading all the lyrics and explanations on this record, I felt truly uneasy and had to step away from the horror and go take a walk I was so unsettled.