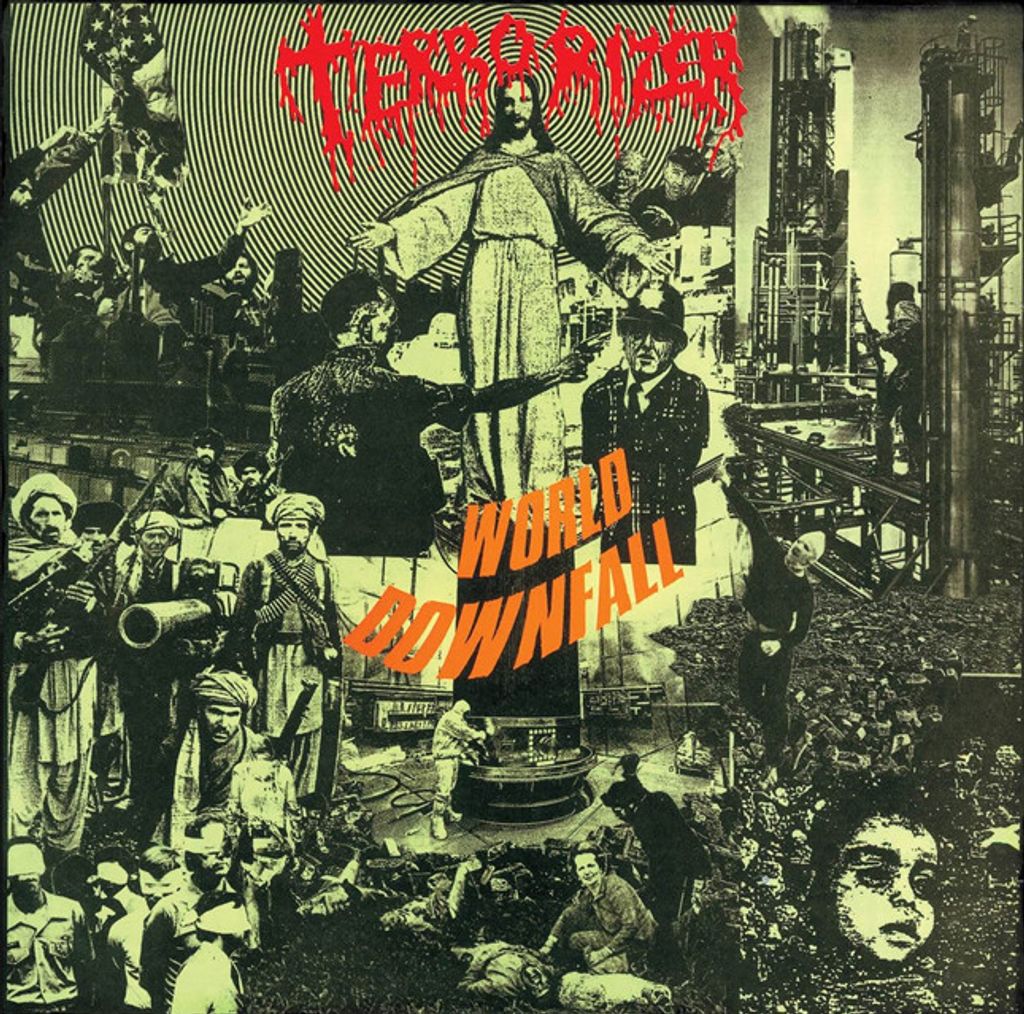 Talk about important Earache bands - this is a mandatory purchase! Featuring Jesse Pintado on guitar (Napalm Death), Pete Sandoval on drums (Morbid Angel) and Oscar Garcia (original vocalist) ably assisted by David Vincent on bass (Morbid Angel) - this is a non stop lesson in whirlwind grindcore. Get it.

Originally released in 1989 "World Downfall" is widely regarded as one of the most influential grindcore albums of all time. Hailing from Los Angeles, TERRORIZER was one of the most extreme bands of a generation armed to the teeth with heavily distorted riffs, harsh vocals and scathing social commentary in the lyrics. The members went onto play in other household names in the extreme music scene such as NAPALM DEATH, MORBID ANGEL and NAUSEA. These vinyl albums have been specially recreated using ‘FDR’ – full dynamic range mastering – pressed from the original master tapes, allowing the music’s nuance to shine through and giving these classic albums a more ferocious and dynamic sound, enabling the listener to immerse themselves in the full audio heaviness.