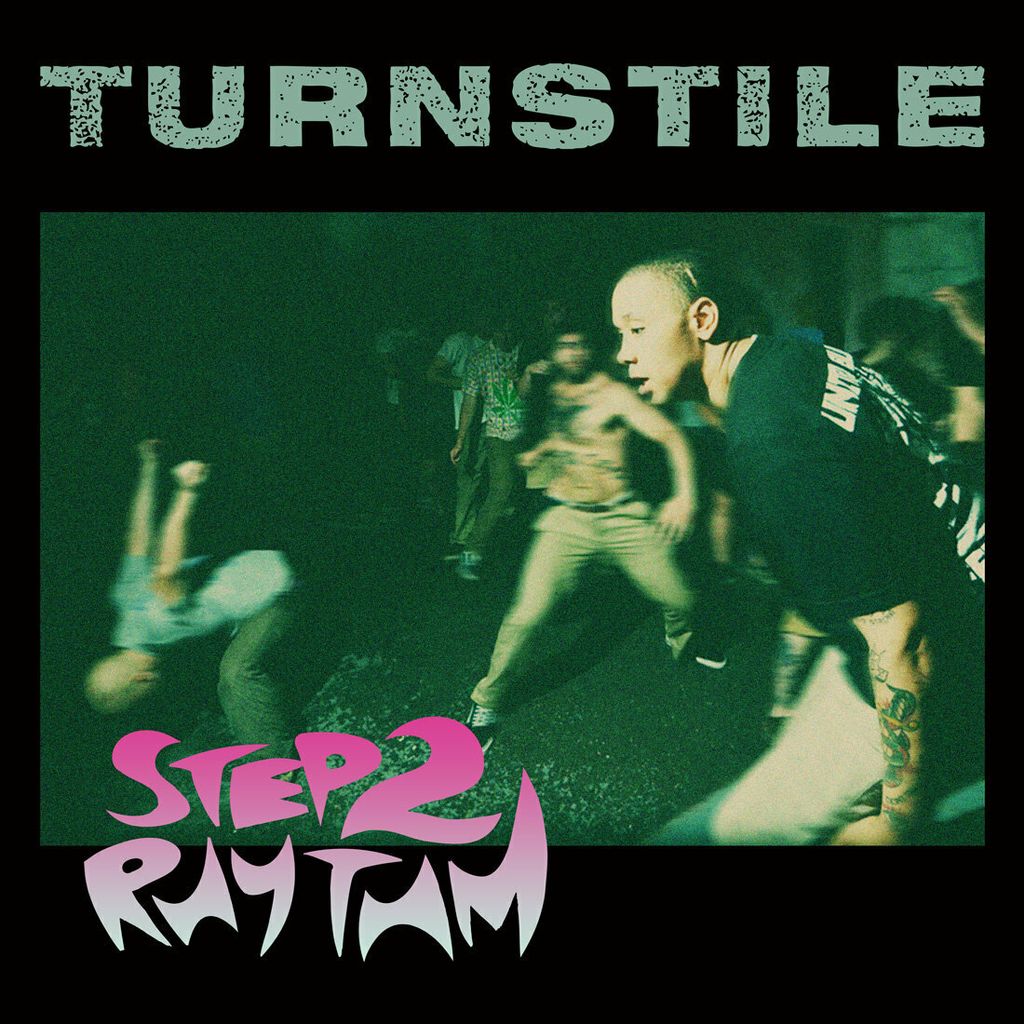 
Item will arrived on 2nd week of August

Collectively from the Baltimore/DC/Columbus areas, these five long-time friends formed TURNSTILE in 2010 as an outlet to play their shared love of energetic hardcore. They quickly recorded a demo and sent the tracks to Patrick Kitzel of Reaper Records and their Pressure To Succeed EP came out soon afterwards in April of 2011. As the name of their last EP suggests, TURNSTILE takes a more personal approach, turning frustrations from daily stressors of love and life into groove-ridden, NYHC-inspired hardcore.

On their latest effort Step 2 Rhythm, life experiences continue to take a front seat in vocalist Brendan Yates' lyrics and musical approach. He explains, "This record is all about taking things as they come, and not getting caught up in yourself; always moving forward while embracing individuality." Yates may know a thing or two about taking things as they come, while he's not singing for TURNSTILE he's sharing band duties with TRAPPED UNDER ICE and DMND. TURNSTILE further embraces individualities as drummer Daniel Fang shares duties with a handful of other bands including MINDSET and SACRED LOVE.

Much like the band's membership itself, Step 2 Rhythm could be considered a collective effort of close friends. The cover photo was taken by friend Nate Congleton (BANE, TRAPPED UNDER ICE, DEFEATER etc.) at a Baltimore show in the previous year, the title logo "Step 2 Rhythm" was drawn up by Evan of MINDSET and Yates says of the recording at Open Mind Studios in Burtonsville, MD, "The studio is in my friend Caleb Waller's basement. He is a good friend who I've known my whole life. It's always nice to work with someone you are completely comfortable with." Perhaps the amount of support on this album is needed to balance the encompassing musical reaction to the pressures that come along with growing up which TURNSTILE tap into on Step 2 Rhythm. Brendan says, "My favorite song on the record is called "Pushing Me Away." It's a straightforward song that sings about the common human desire to be accepted by someone, but constantly dealing with rejection."

Step 2 Rhythm contains seven heavy tracks that pick up right where Pressure To Succeed left off. TURNSTILE will be touring the East Coast and make an appearance at this yearÍs United Blood Festival in support of the new EP with more tour plans to come.