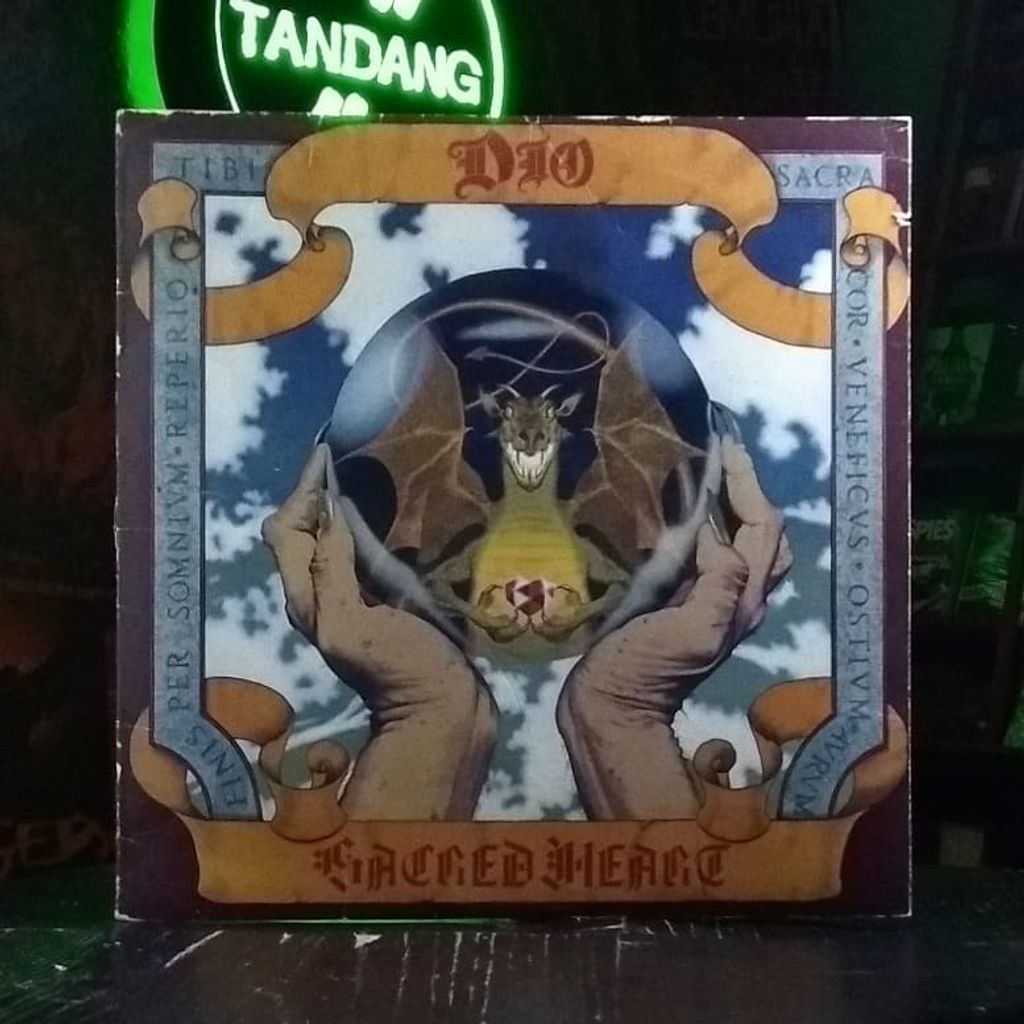 By 1985, Ronnie James Dio’s solo career with the Dio Band was in full swing. He had proven himself with Rainbow and Black Sabbath on multiple releases, and with the arrival of his solo band, had further proven himself musically. Alongside drummer Vinny Appice (formerly with Dio in Black Sabbath), bassist Jimmy Bain (formerly with Dio in Rainbow), guitarist Vivian Campbell (later of Whitesnake and Def Leppard) and keyboardist Claude Schnell, Mr. Dio had established himself as a lasting force in the world of hard rock and heavy metal.

When Sacred Heart came out in 1985, it marked a departure from the style of the first two Dio albums, with keyboards being featured more prominently, and a sound that could be described as more commercial and melodic compared to the earlier records. Despite this, it did spawn some hit singles and some of the most popular Dio solo cuts.

Sacred Heart deserves more credit than it gets. Is it as good as the two albums that came before? No, but that is only because almost nothing is. It is a little more commercial, melodic, and keyboard driven than the records that came before. So what? Those things do not make this a weak Dio record. It was Vivian Campbell’s swansong with Ronnie and company, and he gives one of the best guitar performances of his career. This is a great, underrated record, and one that deserves a second look.