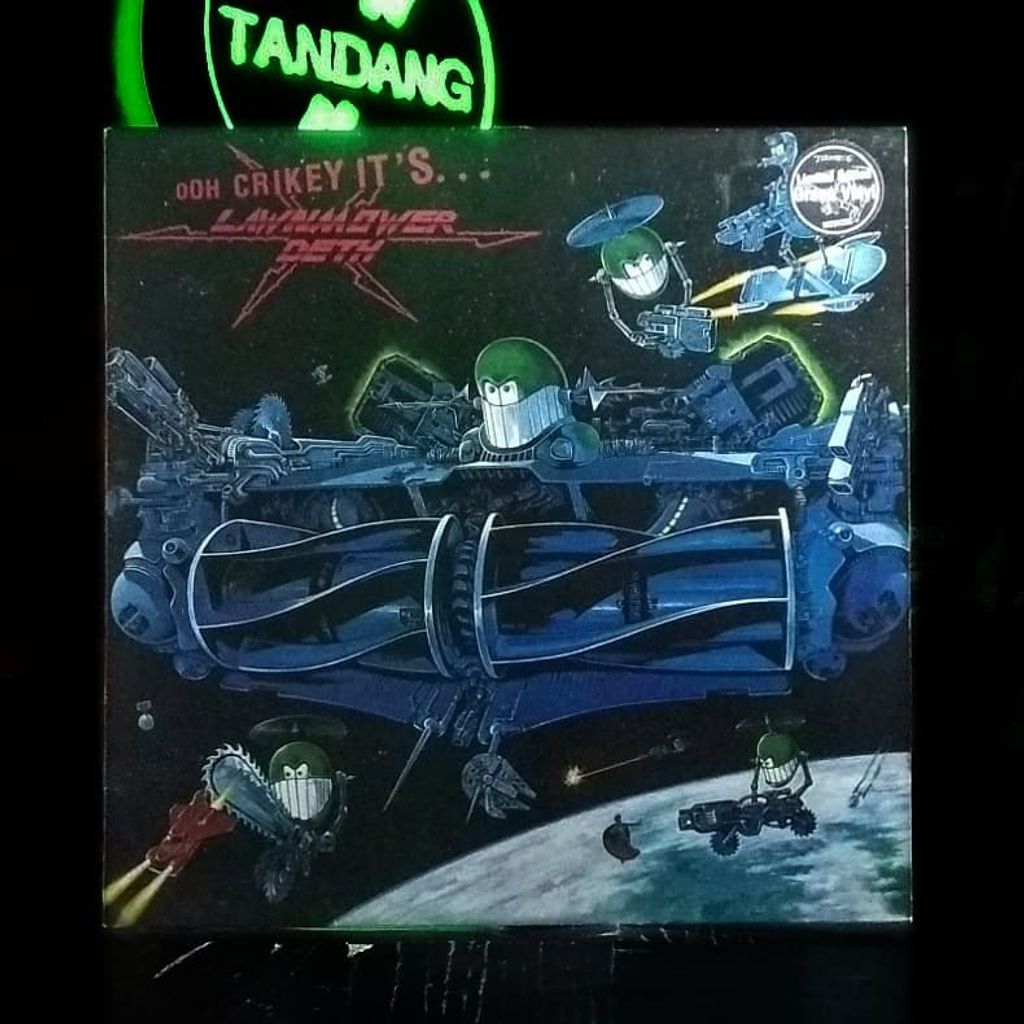 Originally released in 1990, “OOH CRIKEY IT’S… “went hand-in-hand with LAWNMOWER DETH‘s notoriously anarchic live shows in leading the band to develop a cult following and feature regularly in the UK Indie Chart. The band have reformed in recent years and have since made appearances at a number of legendary festivals, including Download, Sonisphere and Damnation, with fans persistently requesting a reprint of the debut.

This is essential thrash, even for casual followers of the genre. Critics often knock Lawnmower Deth’s lyrics, but conveniently miss the serious songs and misunderstand the fun songs. Sure, there are musical jokes, but in between, there is some of the best thrash ever to emerge from the UK. If you don’t go icky ficky, or you don’t believe Larry Lamb is God, or you’ve never been on Satan’s trampoline, then you’re missing out on all the fun.