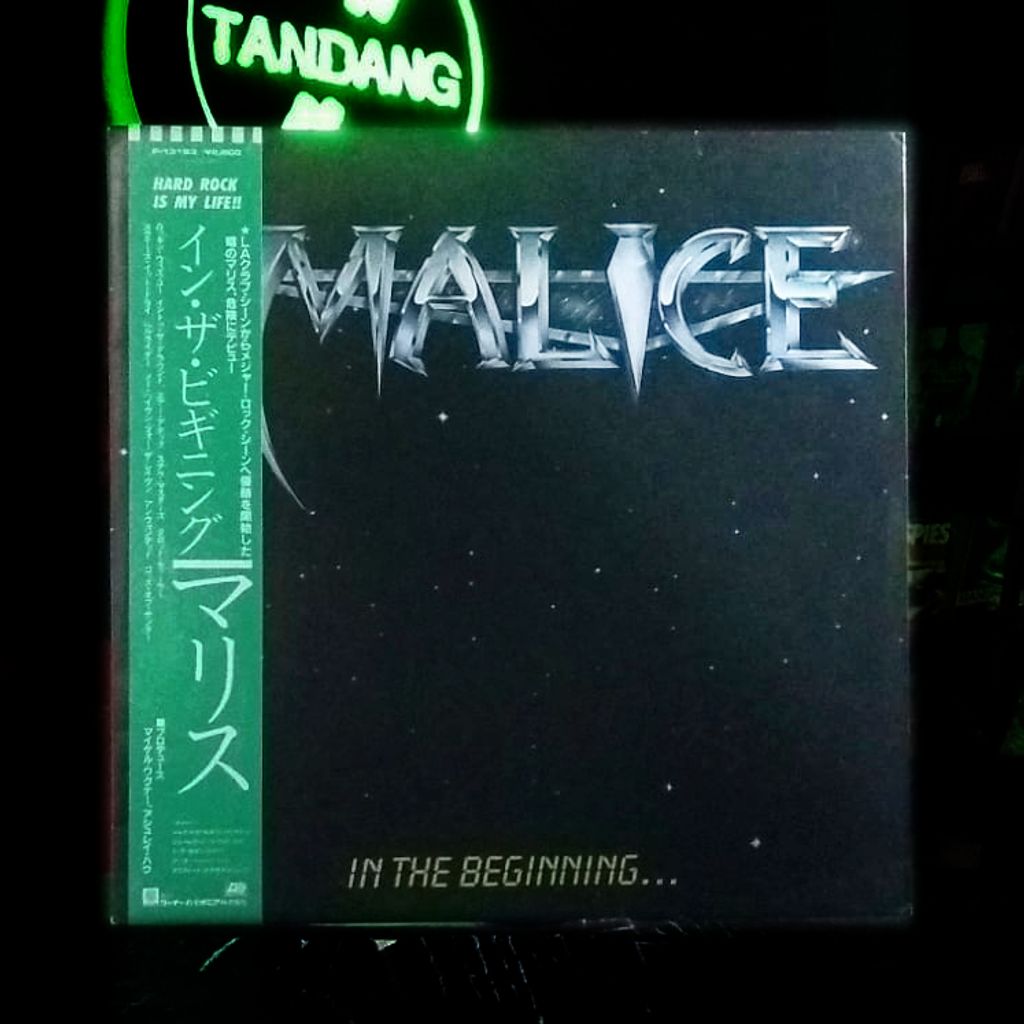 Malice was a heavy-metal outfit formed in LA circa 1987 by lead singer James Neal. One of the very first of the Metal Blade bands (they were on Metal Massacre 1 with Metallica), Malice remains a cult classic `80s era heavy metal band. They released just two albums, both of which are blistering servings of Iron Maiden and Judas Priest-inspired power metal. If you’re a fan of the classic `80s heavy metal sound, particularly the American power/speed metal bands like Omen, Armored Saint, Warlord, Savage Grace and Leatherwolf, In the Beginning… and Malice’s follow-up album License to Kill are both must-have releases.

The album, In The Beginning... resonates with excitement from the very first chord to the very last dying note. It’s a comprehensive assault on the senses with enough explosiveness to take on a tank battalion and comprehensively dismantle all opposition. Check Out tracks such as ‘Godz Of Thunder’, ‘Air Attack’, ‘Hellrider’ and ‘Steller Masters’ for proof, if proof were needed, of just how uncompromising this band were.

Originally released in 1987, License to Kill was Malice’s second album. Like In the Beginning, License to Killsounds like an Americanized version of a Judas Priest album. It’s somewhere along the lines of Defenders of the Faith, only more melodic and with a West Coast polish.