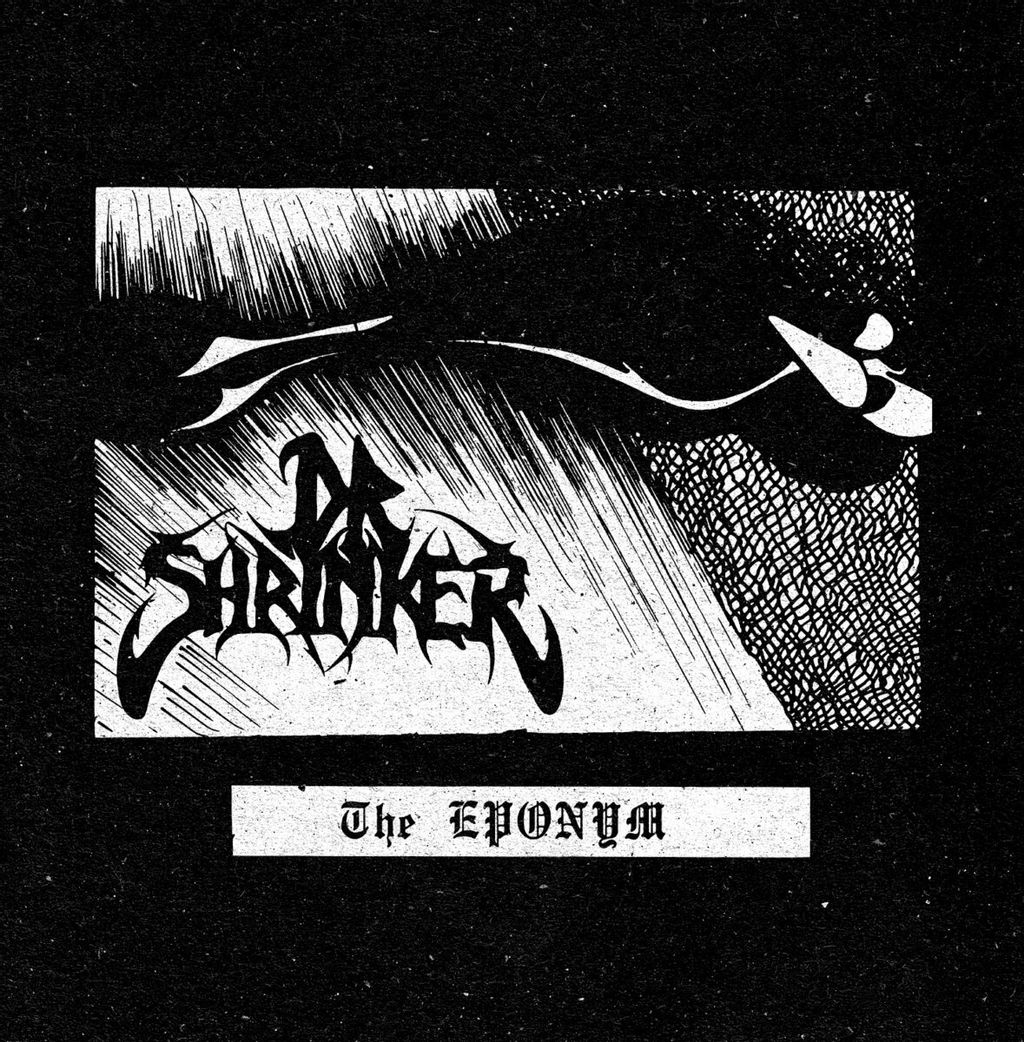 Dr. Shrinker's third demo, "The Eponym", has resurfaced on a couple of retrospective compilations. There have been opportunities for old school death metal fans to familiarise themselves with this stuff. Not many have done so, which I find bizarre considering the greatness of this demo and how well regarded Dr. Shrinker were in the death metal underground. Most of the band's output is worth hearing (with the possible exception of their "Recognition" demo), but "The Eponym" is their best material.

The evolution from the "Wedding the Grotesque" demo is obvious. That one was still aligned to extreme thrash, sometimes resembling a heavier version of "Pleasure to Kill". This one slows everything down and focuses on more twisted and experimental arrangements. The sound is now groovier, filthier, crunchier and weirder. Remember the song "Mesmerization (of a Corpse)" from "Wedding the Grotesque"? Well, that is the route they've taken here. The music on "The Eponym" is as heavy as ever, but the riffs are more angular and designed to fuck with your head. There are lots of ringing, open-sounding chords so I assume Voivod were an influence.

There are only two songs here but both of them are astounding. "Tighten the Tourniquet" is mean and threatening, the rhythms will make you want to shuffle from side to side (rather than headbang). The solo at 2:57 kills, being more dissonant and circular than anything you'll hear in standard death metal. "Germ Farm" is even more crushing. It begins with a slow marching rhythm then throws in an evil Slayer-esque break (1:14). The song then speeds up and thrashes out before returning to the crushing grooves again. The unique Dr. Shrinker vocals have been preserved. They sit somewhere between rasp and shriek, maybe like a more sinister version of Kelly Shaefer from RAVAGE/Atheist. The production is perfect because it sounds disgusting, stuff like this would sound wrong with a clean sound.