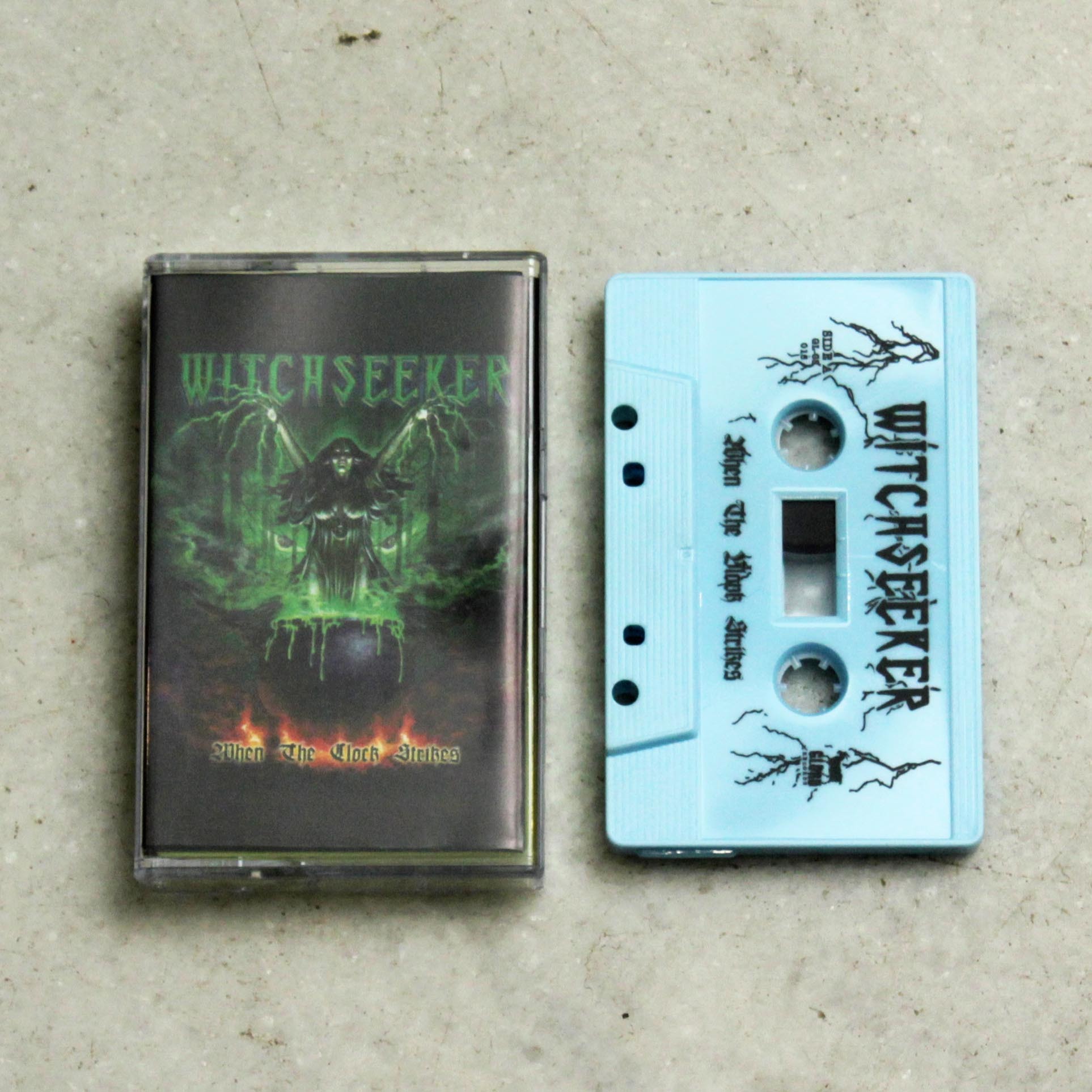 · WITCHSEEKER - When The Clock Strikes Cassette

Witchseeker was formed in 2012 by Sheikh Spitfire. Initially starting out as a one-man project inspired by bands such as Riot, Angel Witch, Razor, Judas Priest, Agent Steel, Iron Maiden, Accept, Grim Reaper, Saxon and many more. It then evolved into a 3 piece act as of 2013, where this line up remained for a couple of years, actively capturing the attention from the local scene after the release of their EP, "Night Rituals" in 2014 and a following split album together with their comrades Axagon and SINTOXICATE entitled "Threesome In Thrashville" in 2015. As of 2016, Witchseeker announce their departure of their long time drummer, and has since soldier on as a 2 piece act, continuing to work on their debut album, entitled "When the Clock Strikes" that is set to be released in the fall of 2017. With the remaining and present line up of this album includes Sheikh Spitfire on Lead Vocals/Bass/Drums and Brandon Tan on Guitars.