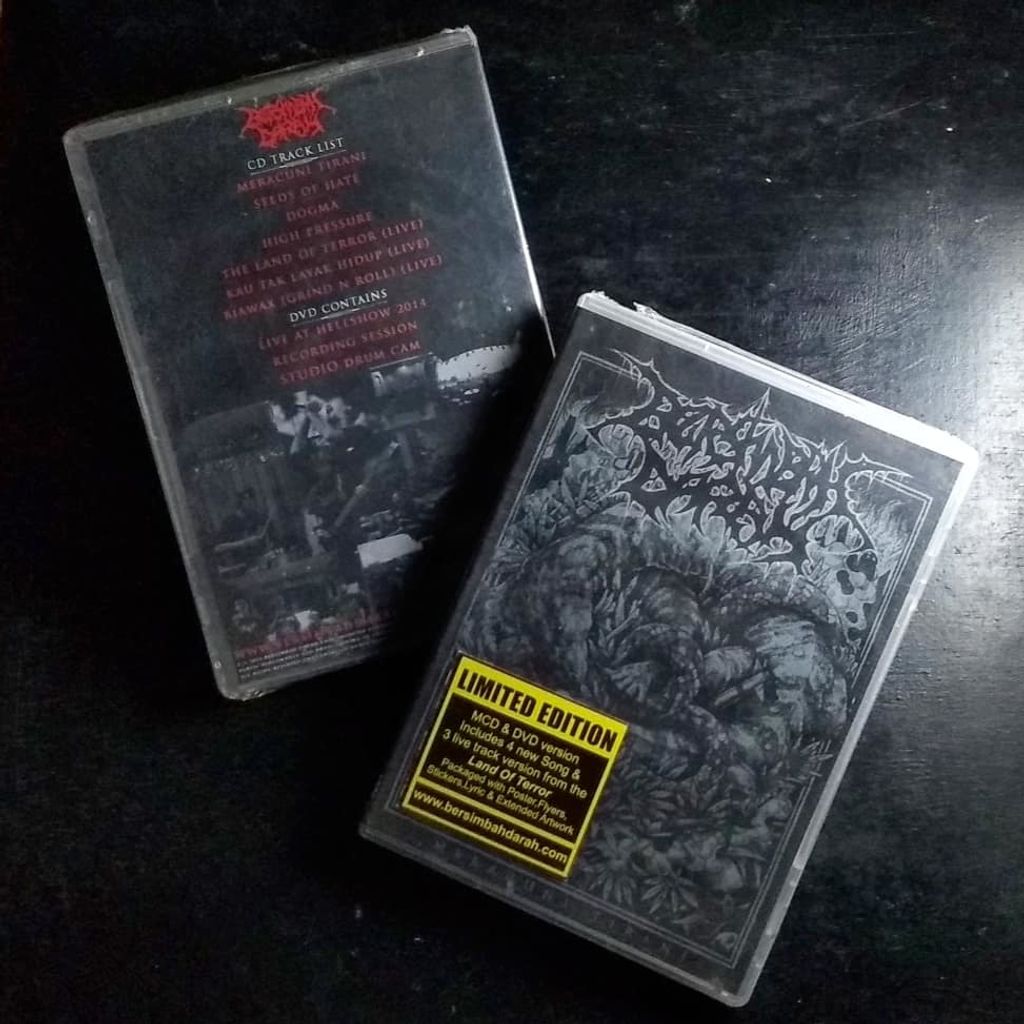 Bersimbah Darah was founded by guitarist Rico Anarcho and past drummer Artha in Gianyar, Bali, Indonesia, in 2007. The group started recordings in 2007, self releasing the EP Demography Berdarah. The band is known from its catchy songs, tight playing, insane live shows and. Known for a raw but still well controlled cross-over sound from different extreme music styles like grind, death, black and crust, they unleashed their undeniable heavy skull crushing album, Land Of Terror in 2011.

In 2015, they came back strong than ever with 4 fresh new tracks + 3 live tracks and footages taken from Hellshow 2014 and their studio recordings. All these and with poster/flyers/stickers/lyrics/extended artwork are packed in "Meracuni Tirani".