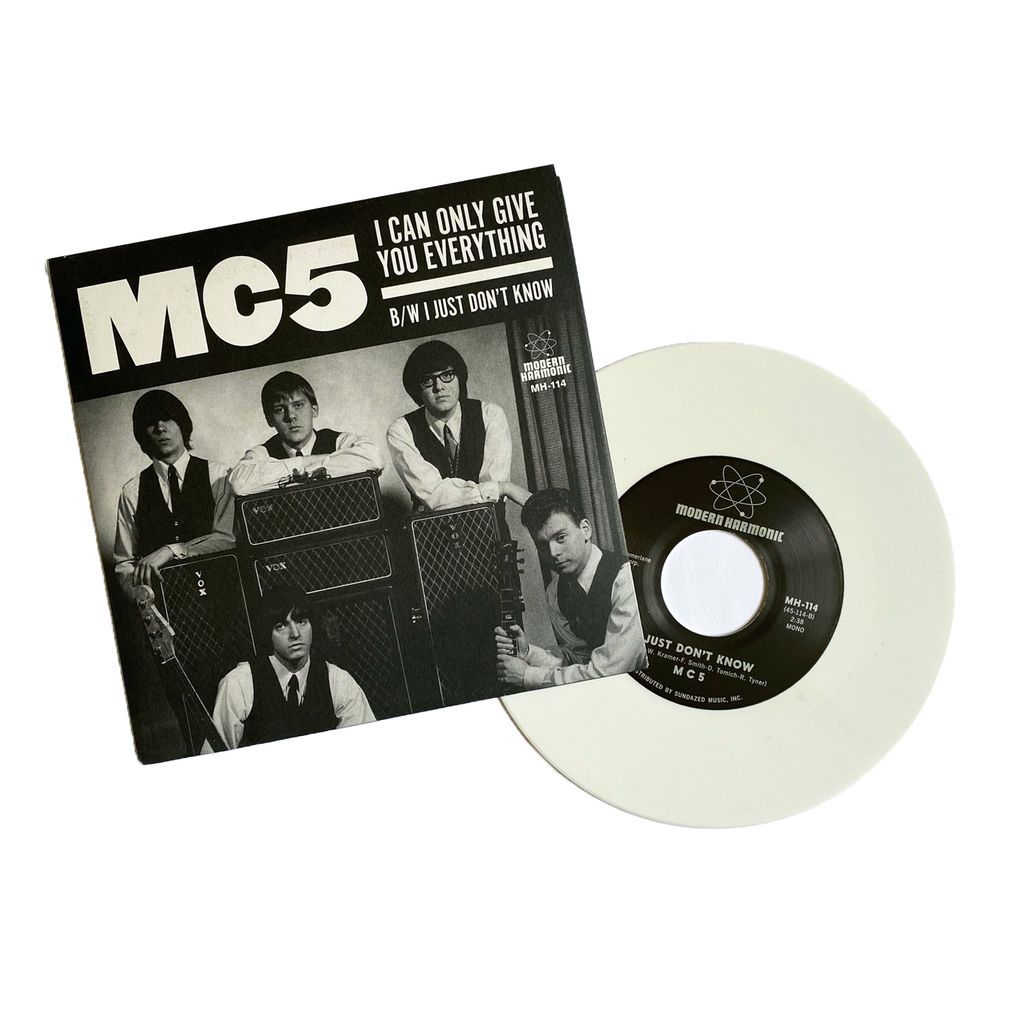 The first ever domestic reissue of one of the first ever MC5 singles! Packaged in new space age envelope style sleeves, with rare unseen band photos! The Motor City 5 pressed on black vinyl at Third Man Pressing in the Motor City!!!

Includes brand spankin' new liners by David Fricke of Rolling Stone, who says, "This session, at the city's famed United Sound, was soaked in local R&B aura; John Lee Hooker cut his studio debut, 'Boogie Chillen,' there in 1948. 'I Can Only Give You Everything' was in that spirit and faster: a rolling-thunder feature of the MC5's live sets pulled from Van Morrison's 1966 album with Them, Them Again. ‘I Just Don't Know' was the band's own bravado, a Bo Diddley-style gallop with a boxer's barrage of power chords."