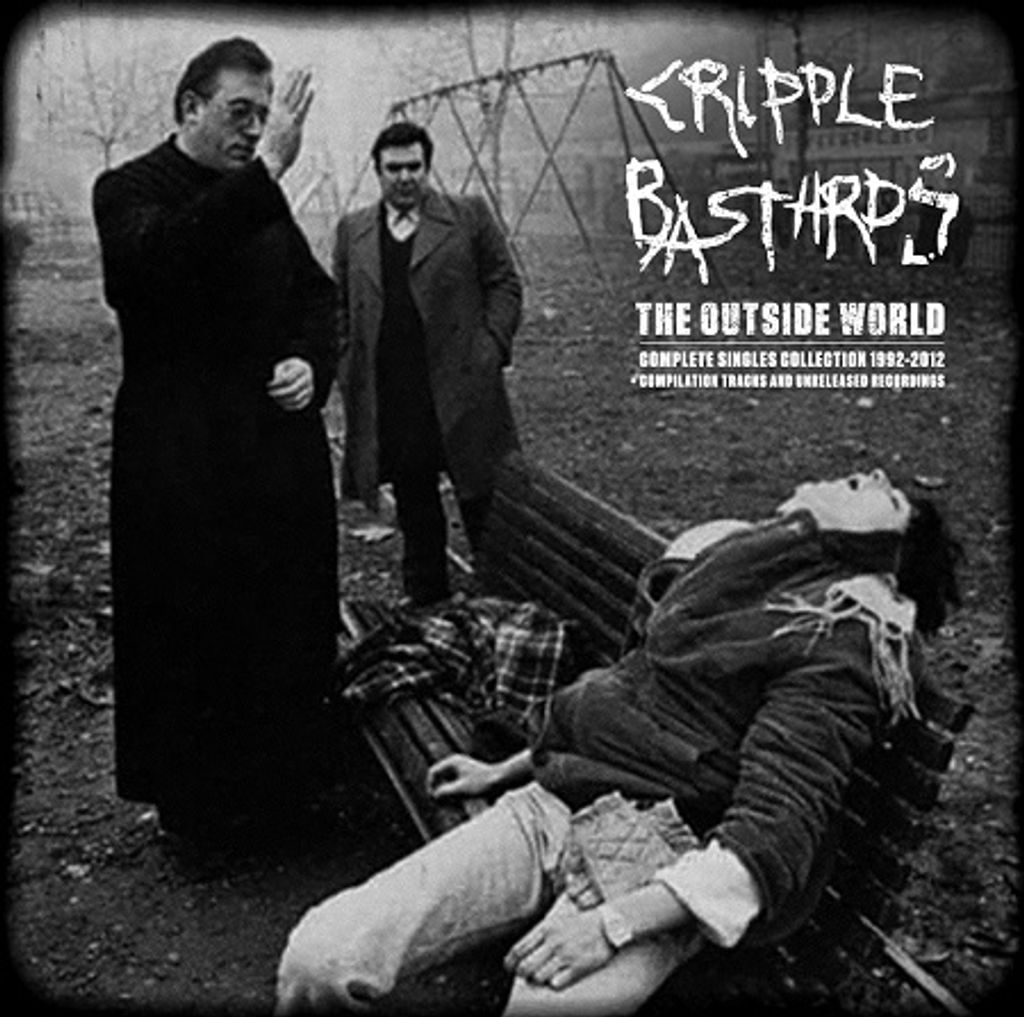 Italy’s undisputed Grind warheads enter their 30th year anniversary with the most massive BOXSET ever released in the history of Grindcore. 5 x LPs, 2 x CDs, 2 x books! All their countless 7″s, splits, compilation tracks and a lot of never heard before recordings… 362 SONGS IN TOTAL!

This is the ultimate CRIPPLE BASTARDS collection as it includes every single non album track the band has recorded since their post-demos era, plus almost 2 hours of unreleased brutality including a recently unearthed studio session 2003, rare demos, live tracks and a lot more.

Be prepared for over 5 hours of ear-damaging violence ranging from the early short-song Noisecore annihilation to the insanely distorted Punk rooted Grind/Fastcore of their 90s EPs to the bulldozing Hate/Grind blast-feast of the most recent works. All this madness scrupulously transferred from the original reels/master-tapes and mastered with extreme care and passion at Toxic Basement Studios with constant supervision of Giulio The Bastard.

Each LP comes with a foldout insert collecting the original artworks, inserts and flyers of each EP included. Book #1 features tons of rare pictures documenting the history of the band from the early days up to recent times, while Book #2 has the complete lyrics of the songs included in the tracklists + extra photos. All this housed in a deluxe matt laminated casewrapped box… a head smashing brick weighing around 2,5 Kgs!! DIEHARD EDITION ON SPLATTER VINYL (each LP has a different color configuration) WITH THESE 3 BONUS ITEMS: CB / YACOPSAE Split 5″ (unreleased studio tracks from both bands), “ALMOST HUMAN” A2 POSTER, “30 YEARS OF HATE/GRIND” BLACK TOTE BAG. These 3 extras are only included in the diehard edition.