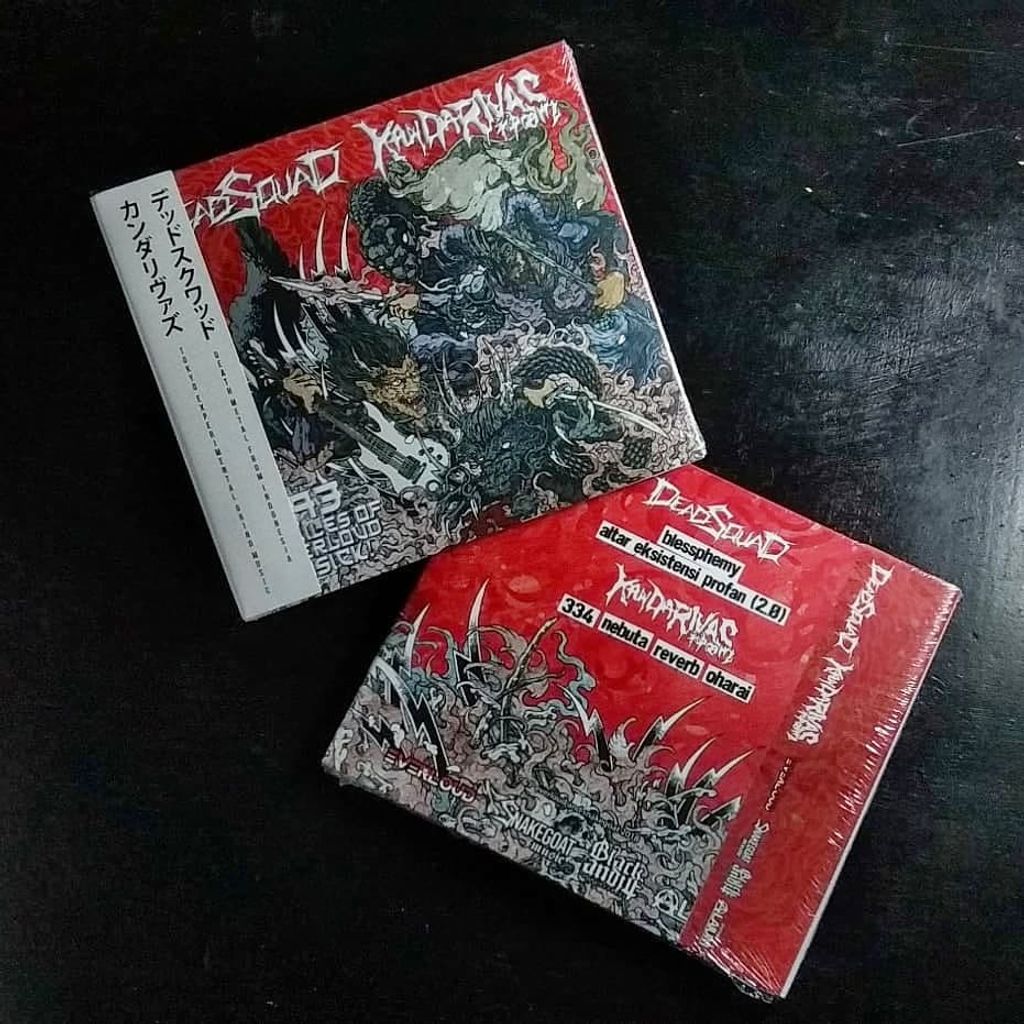 This is a split album, one of Indonesia's best death metal monsters, Deadsquad, and The Kandarivas, experimental grindcore band from Japan. This split album contains 6 songs, 4 belong to The Kandarivas and 2 songs from Deadsquad. One of the new songs titled Blessphemy is worked on with the latest formation.

The album cover "3593 Miles of Everload Musick" with the Indonesian concept was done by Anggareza who managed to process elements of Indonesia and Japan into a single picture that was very good and different from the previous Deadsquad album cover. Embossed band logos on the front cover.