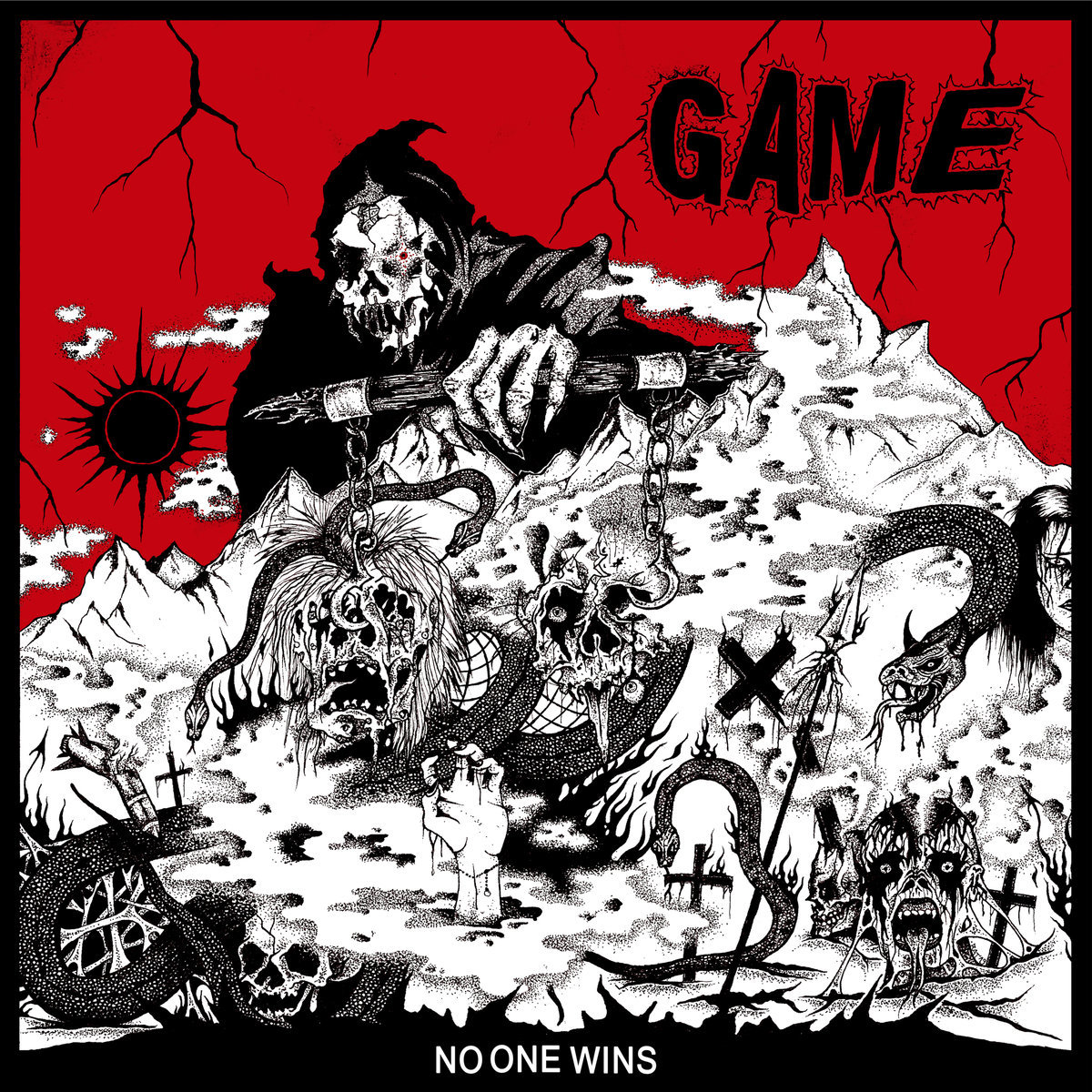 At long last, the follow up to 2017’s "Who Will Play?" flexi has materialised in the form of "No One Wins" on the LP format. With influences and membership that span the world of hardcore punk, both stylistically and geographically, this platter sports 10 tracks of pummelling hardcore punk that incorporates metallic elements drawn from the near and far reaches of mid 80s international hardcore and thrash to the simplicity of domestic HC pestilence. Blended with a great finesse that is both tasteful and potent  - which seems to be a rare feat to attain this day and age - and buttressed by a top notch mastering job by the great Arthur Rizk (SHIT "What Do You Stand For," Impalers "Cellar Dweller”, Power Trip ‘Nightmare Logic’) which only feeds the fire that is the base of these already enormous tracks. GAME is the conduit. Relatively new but sending sickening sounds into the New Wave of British Hardcore collective, decimating any and all willing to be destroyed.

Seek further advice on Game's sound via the precedent set by Gastunk, Celtic Frost, Sacrilege, Death Side, and the Execute. Members of Arms Race, Fucked Up, Career Suicide, Shrapnel, Violent Reaction and Subdued.