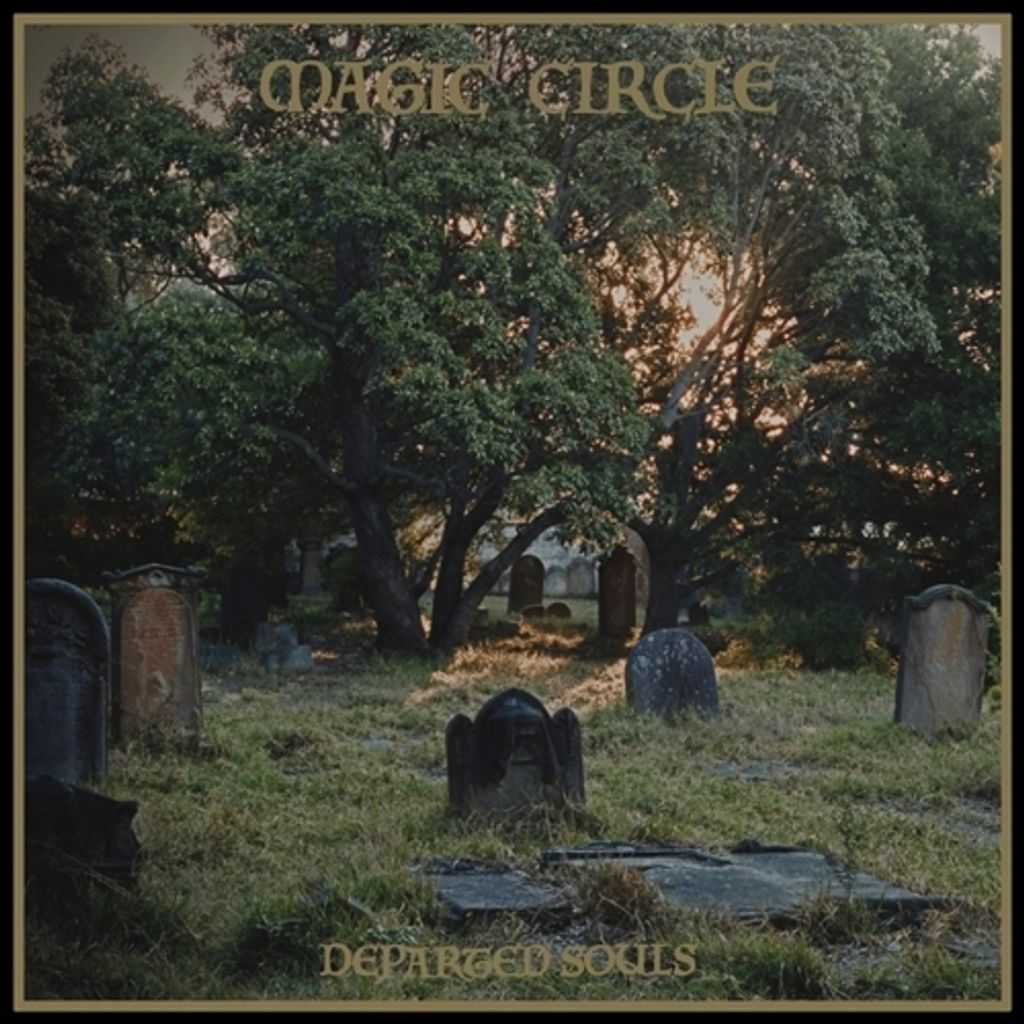 
Magic Circle’s self-titled debut hit the true doom scene like a revelation in 2013. Without hype or hyperbole the band effortlessly invoked fundamental rock ‘n’ roll truths putting their own stamp on early heavy metal darkness. Joining 20 Buck Spin for follow-up Journey Blind, the band again offered that unmistakable classic sound with natural unforced evolution. On their third album, Departed Souls, they present an expansive hard rock vision, adorning their signature doom with seamless psych and prog ornamentation. This latest album reveals a Magic Circle delving more deeply into ’70s sounds, expanding farther outward from the primordial Iommic matter of their birth. Heavy Sabbathian riffs abound, but they open up, stretch out, and expose different shades that recall the moody peaks and valleys of the classic hard rock albums of that era. Acoustic 12-string, tablas and Fender Rhodes appear in lush moments of kaleidoscopic decadence woven into the fabric of the pounding elemental thunder. All the while vocalist Brendan Radigan seals the deal as one of the premier heavy metal singers of the 21st century, deliverin’ that Wagnerian dynamism and vigor that screams from the heavens and becomes thoroughly controlled in moments of quiet solemnity. Though all members are busy with other projects and other lives, when these five come together in the Magic Circle, the chemistry and palpable rock ‘n’ roll exhilaration reminds one that this band ain’t never gonna die with the herd.