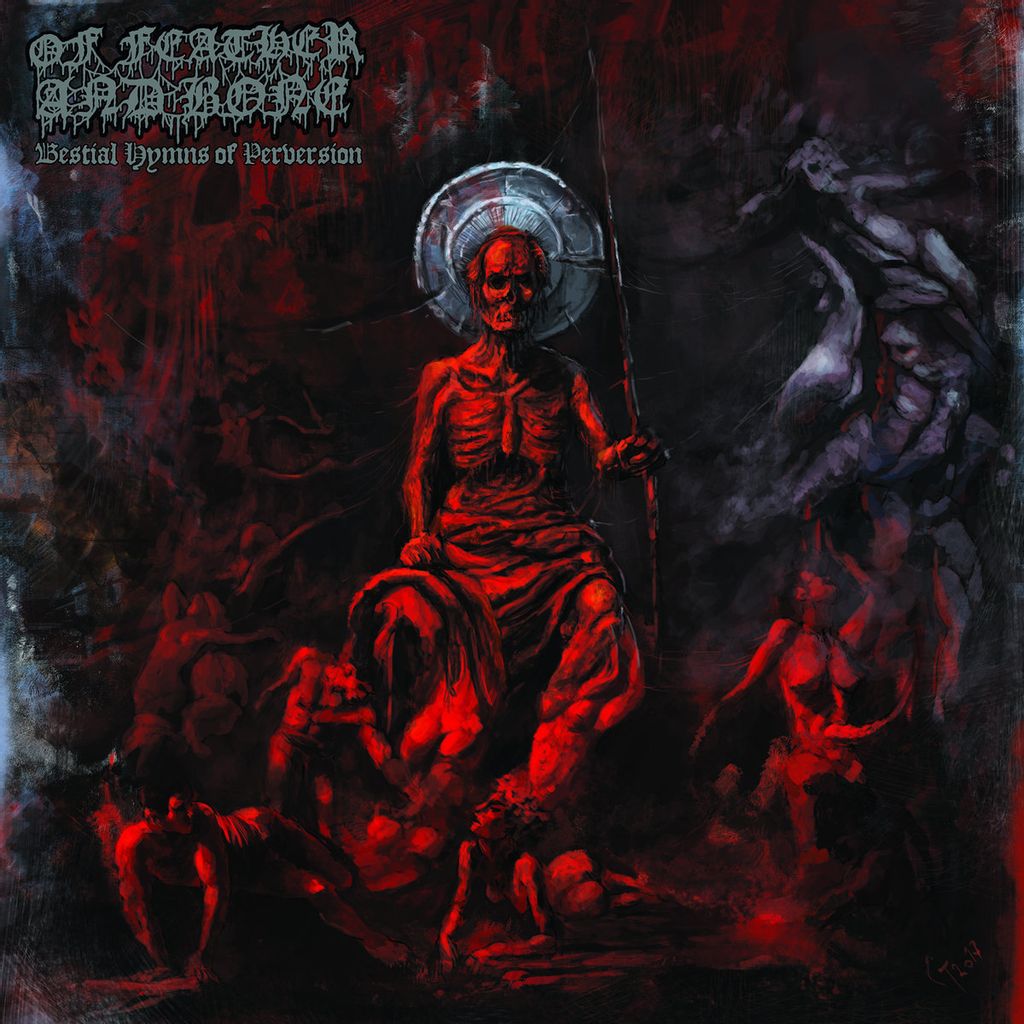 Emerging from their Rocky Mountain crypts, Of Feather And Bone spread their virulent strain of cryptic death metal on Bestial Hymns Of Perversion. Bassist / vocalist AS and guitarist / vocalist DG herald the end times with a dual guttural onslaught atop an ever-flowing stream of grime-caked riffs and PW’s whirlwind of blasts and d-beats.

Invoking the claustrophobia of Autopsy and the visceral disgust of Incantation and Bolt Thrower, this band’s relentless death-assault serves as the soundtrack to mankind’s fall. After garnering substantial praise for their long sold-out 2016 demo, the band returned to Goldberg Studios during the summer of 2017 with Steve Goldberg (Cephalic Carnage) at the helm.