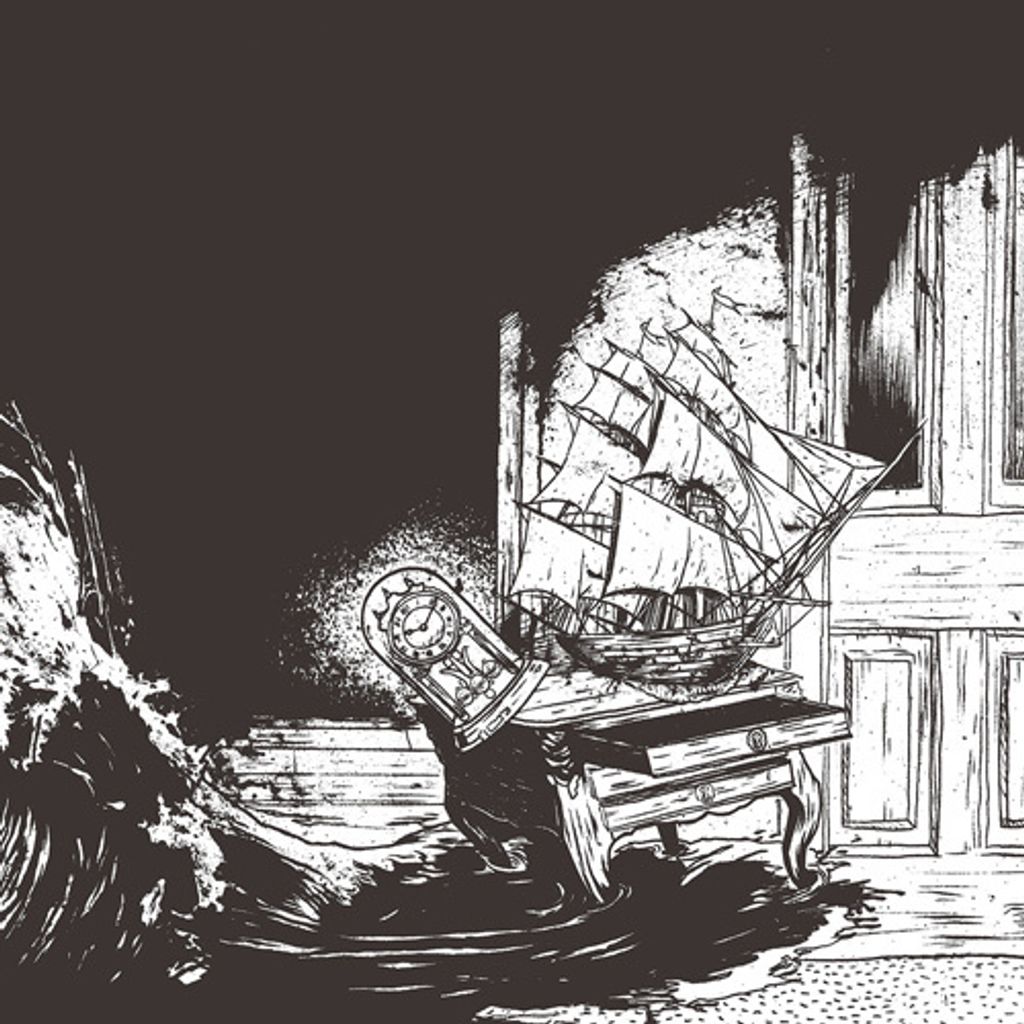 Overmars have released numerous recordings over the last few years (many of which have been reissued by the Crucial Blast label). Their brand of ominous, expansive musical darkness is breath taking. A bleak and barren mix of doom, metal tinged punk, and experimental hardcore. Bringing to mind the sonic damage of later era Swans and Neurosis, while harboring a contemporary heaviness unlike anything else out there today.
Starkweather's legacy within aggressive music is legendary. Recorded at the same time as their highly praised "This Sheltering Night" album, their contributions here show a creative force at their most powerful. The complex "Armed Memory" shows Starkweather as tortured, jagged, and frantic as they've ever been. While their 14 minute epic closer "Nightmare Factory" is a layered metallic dirge of catastrophic proportions, dizzying and disorientating in its hypnotic ebb and flow.