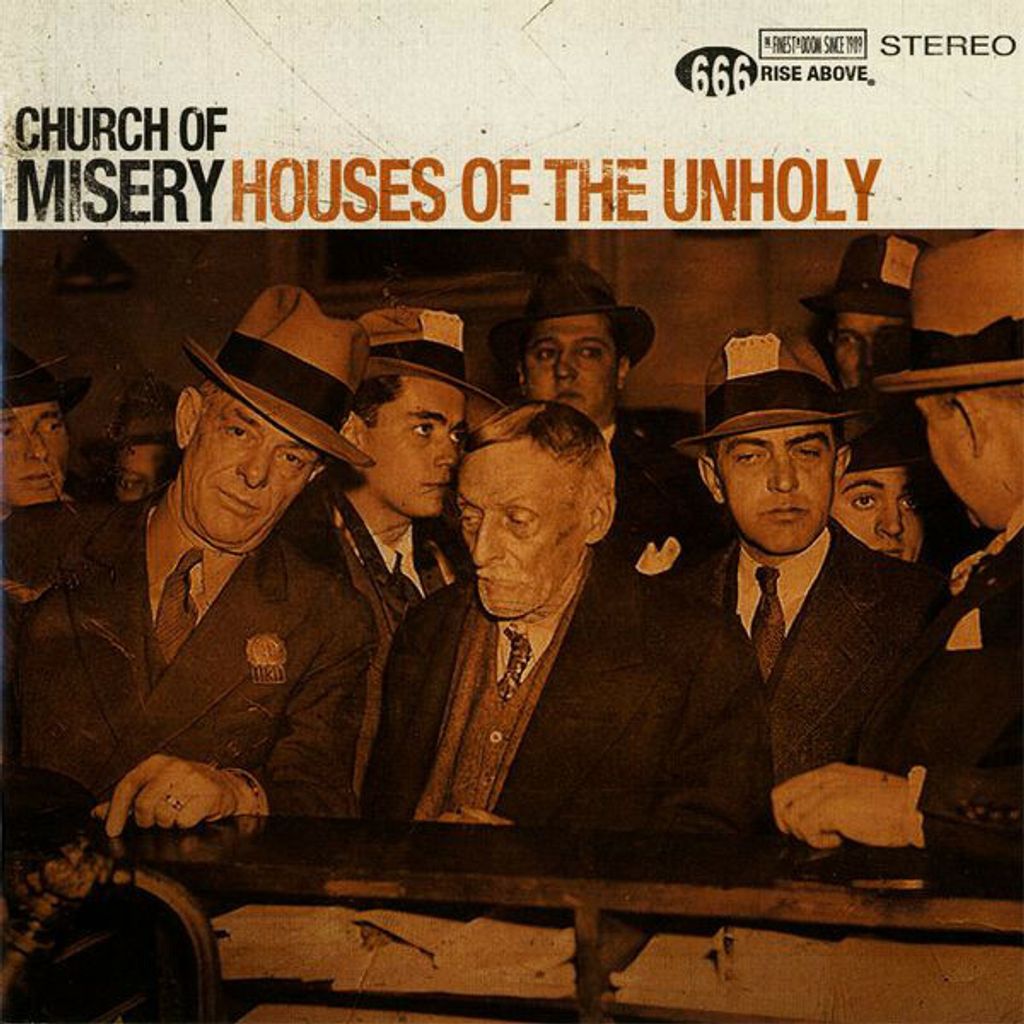 • Pre-Order : Church Of Misery "House of the Unholy" CD

From the Land Of The Rising Sun come these not so jolly murder-obsessed Sabbath freaks, Church Of Misery. Here with their third full-length studio album Houses Of The Unholy, they join forces with cult British label Rise Above Records. Born back in 1995 out of a love of early 70s Hard Rock and traditional Doom Metal, Church Of Misery set about assaulting ears and minds the world over with their notorious dedications to some of the sickest known serial killers in modern history; Denis Nilsen, Jeffrey Dahmer and Richard Ramirez to name but a few.

This combination of disturbing lyrical imagery infused with their frantic brand of Wah Wah driven Acid Metal conjures up images of a latter-day Manson Family sitting around in blood-spattered tie-dye contemplating their next sinister move. Whereas other left field Japanese rock bands such as Boris, Melt Banana, Galhammer, Boredoms and have managed to achieve a reasonable amount of media coverage and live status on European shores over the past couple of decades, the activities Church Of Misery seem to have remained encased in a morgue of confusion and mystery.

With the exception of Master Of Brutality (the debut full-length album originally released in 2001 on Southern Lord Recordings) most of the band’s previous releases are extremely scarce, available only in obscure outlets on equally obscure labels. Now, with worldwide distribution, solid touring and the right marketing, a newfound status is pretty much guaranteed.

Highlights from the album have to be the epic closer Badlands and the utterly infectious Blood Sucking Freak. We are also treated to a throat-wrenching rendition of Sir Lord Baltimore’s 1970 classic Master Heartache.