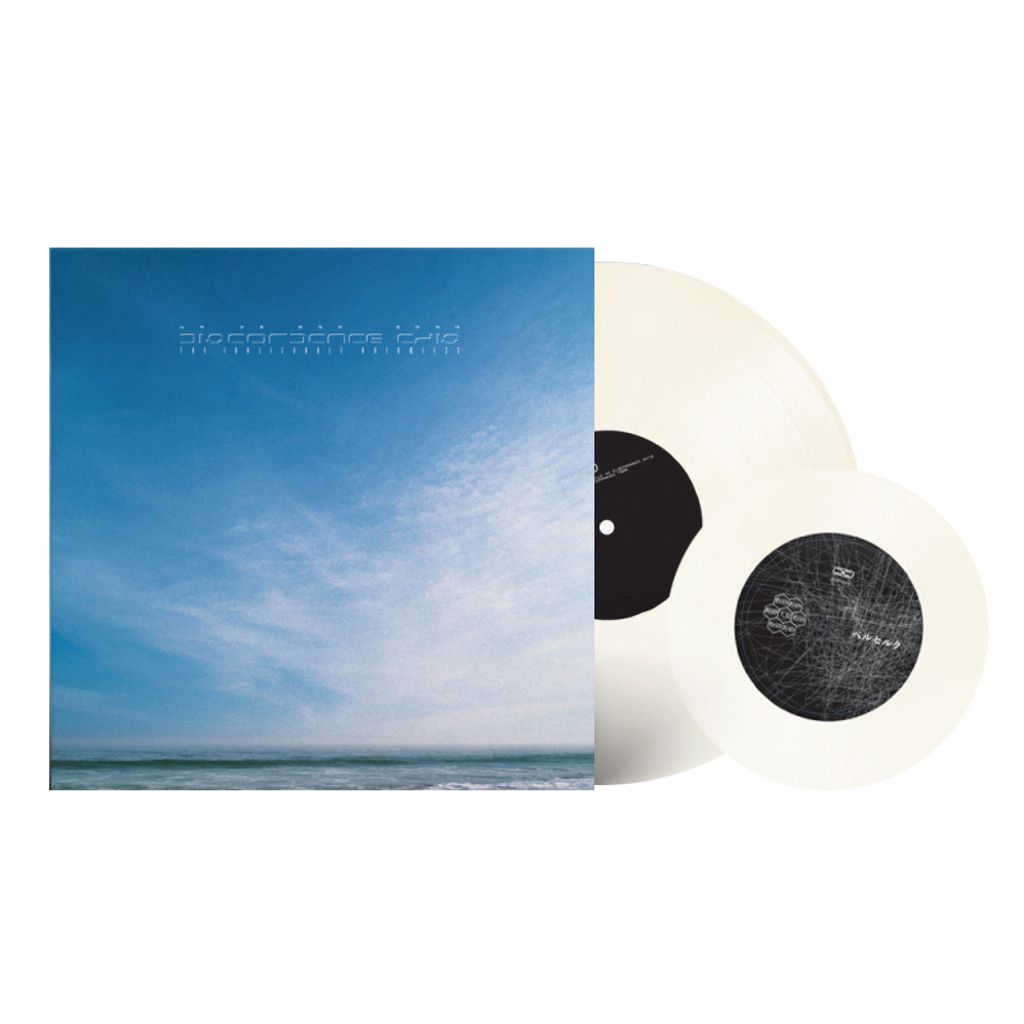 LP Packaged as a gatefold 12”, with never before seen artwork by vocalist eva05/Jon Chang Includes bonus 7” featuring tracks never before released on the format—"Sega Bass Fishing", "Ikaruga" and "Berserk" and 12 page booklet Limited to 400 copies so hurry up!

There are certain records that pass almost immediately into legend from the moment they are created. Discordance Axis' third full length album "The Inalienable dreamless" is one such record. Though previously heralded as one of grindcore's leading lights, this album sent the band sailing far beyond that horizon into the stratosphere of deities, to dole out punishment from on high to the puny mortals who groveled below. It was voted Decibel Magazine's #12 'Greatest Metal Albums of the Decade'. Members went on to Gridlink, Hayaino Daisuki and Municipal Waste.