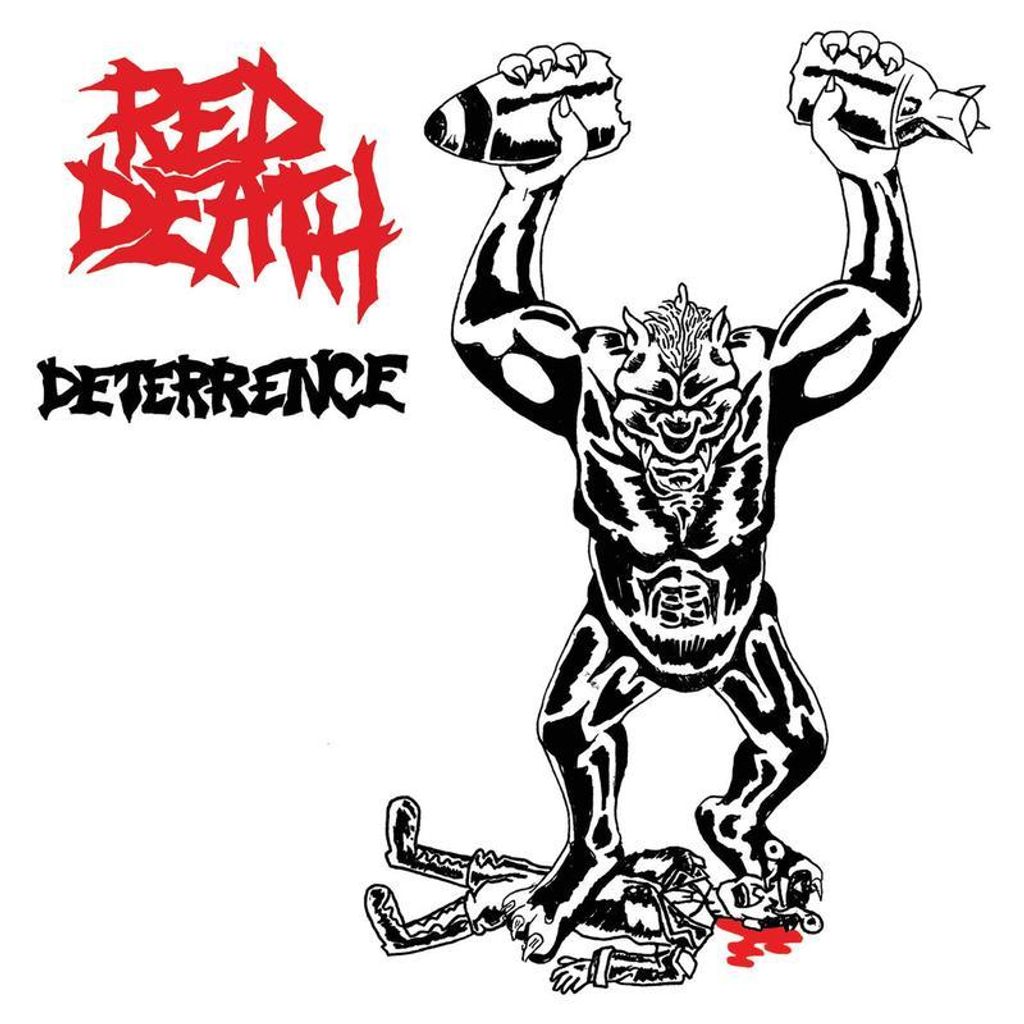 
This is the second pressing of this record. The first press was discarded after Red Death decided it didn't meet their standards. Most bands don't discard a record after it is already pressed, paid for, and ready to go out. That decision delayed the record for nearly a half year. But Red Death is the best band doing it today and they hold themselves to a suitable standard. I've heard you shouldn't let the perfect be the enemy the good, but maybe more bands should take a page out of Red Death's book and just release two perfect songs every year.

If you liked Rampage, this is the closest you can get to them today, but with more modern beefy recording and more blatantly crossover, think more COC or Bastard than Rest In Pieces. And the cover art is a new career highlight from Arbysdrink. A rampaging beast is drawn like an actual moving toy ripped from a half forgotten childhood nightmare.