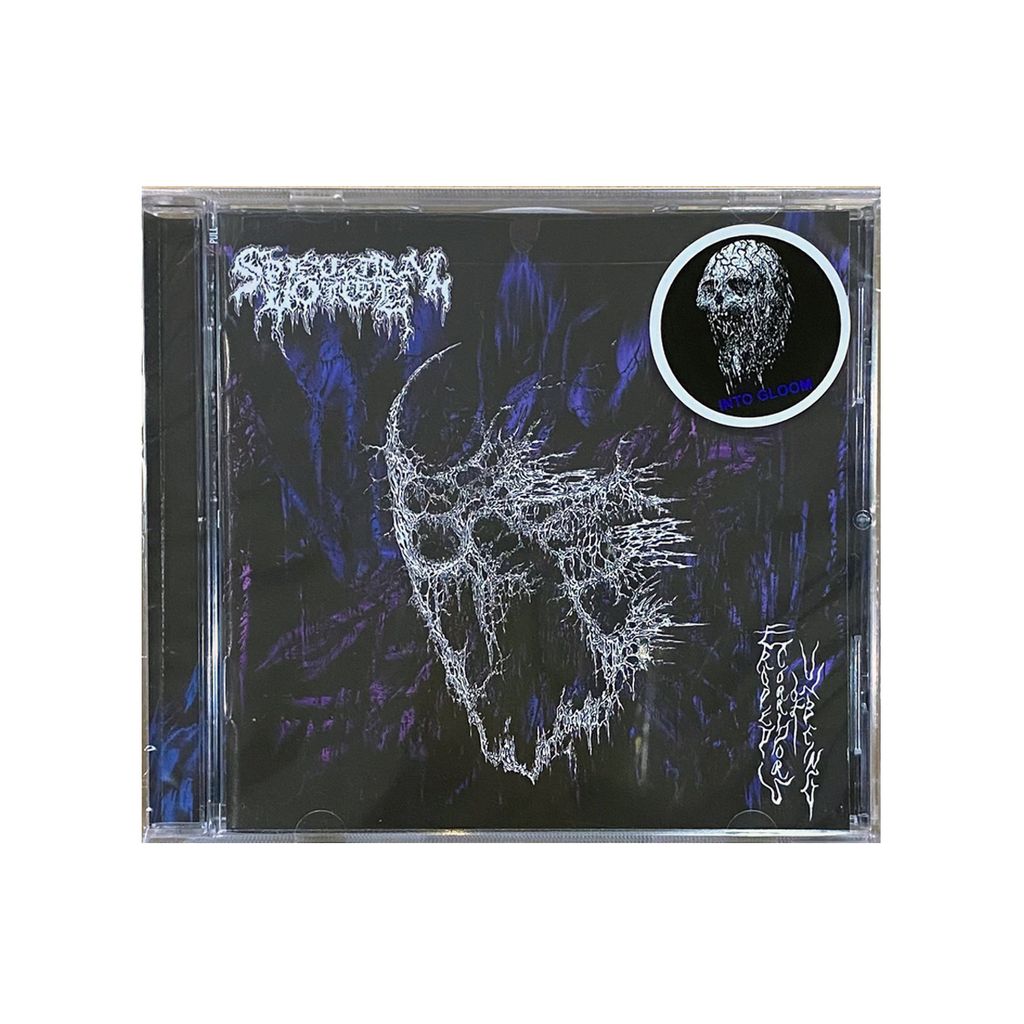 After no less than five demos/rehearsals and two splits, Colorado’s SPECTRAL VOICE are finally crossing the Styx and delivering their first proper full-length…and it is gigantic. While things appear quite straight-forward on paper (the band has never hidden their love of roughly mixing early and down tuned Finnish death metal with extreme doom in an acid bath) there’s something quite unique about them. Instead of weakening their impact, their rawness and vast sound only emphasizes their genuine thirst for darkness.

Like a lurker oozing with evil intentions, SPECTRAL VOICE like to remain in the shadow. There, they’ve patiently learned from their elders, only to regurgitate their own brand of extreme death/doom. For instance, ‘Visions of Psychic Dismemberment’ is an eleven-minute long trip into the darkest regions of our collective mind, where UNHOLY’s trippiest moments join INCANTATION for a dance around the fire. The opening blast beat sequence in ‘Lurking Gloom’ on the top of bleak arpeggios will fire up most dISEMBOWELMENT freaks. Far more than just a sum of its parts, ‘Eroded Coridors of Unbeing’ is a unique and claustrophobic voyage, cavernous yet full of clarity. Here, SPECTRAL VOICE is the sound of one’s soul going further down the abyss…and they’re taking you with them.