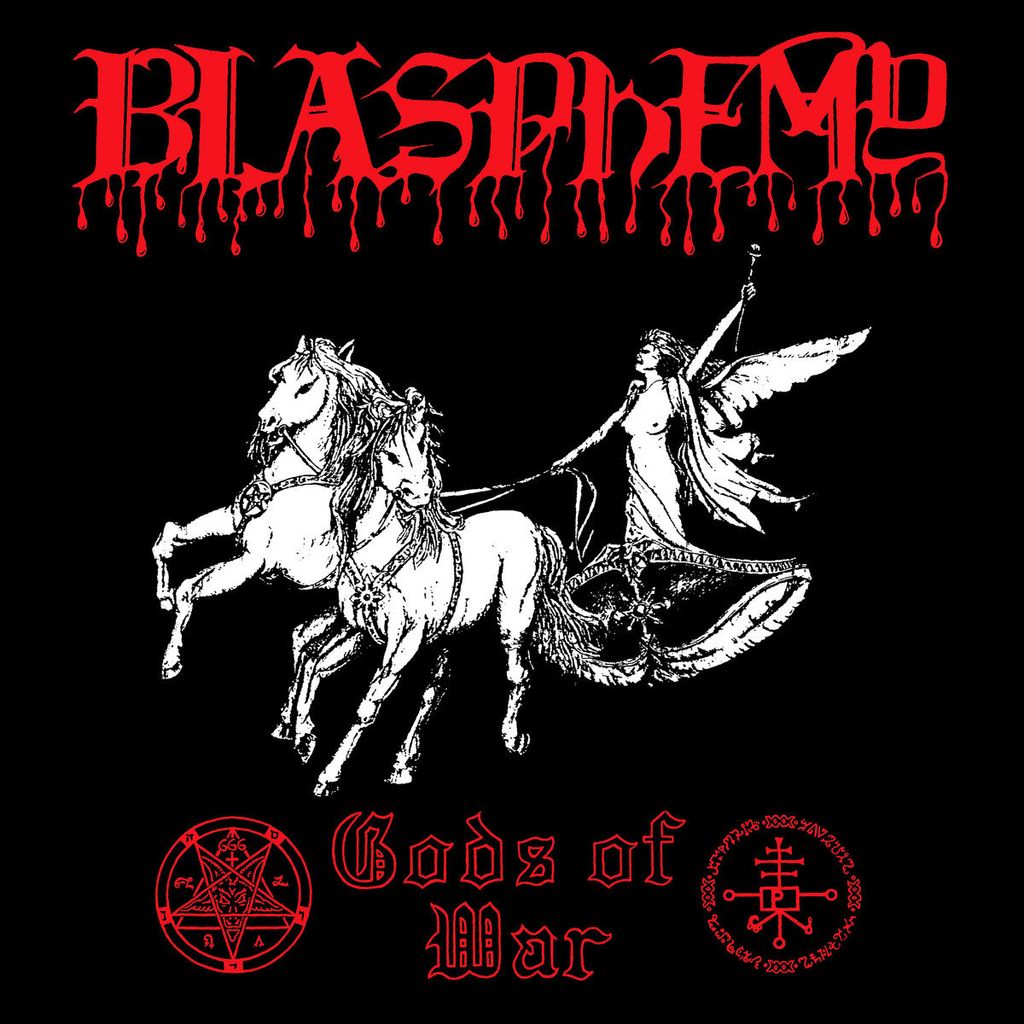 Sometimes overshadowed by the masterful Fallen Angel of Doom LP, Blasphemy’s second and final album, Gods of War, is no less a masterpiece. The immediate force of the Gods of War album is undeniable. At just over 20 minutes in length, it is as succinct and powerful a statement as any Black Metal. On prominent display are the band’s Grindcore influences, with several of the tracks clocking in at under one minute. The album also features re-recordings of four tracks from the Blood Upon the Altar demo, this time with fuller production. Overall, Gods of War features the most aggressive performances and the heaviest sound of Blasphemy’s studio output.