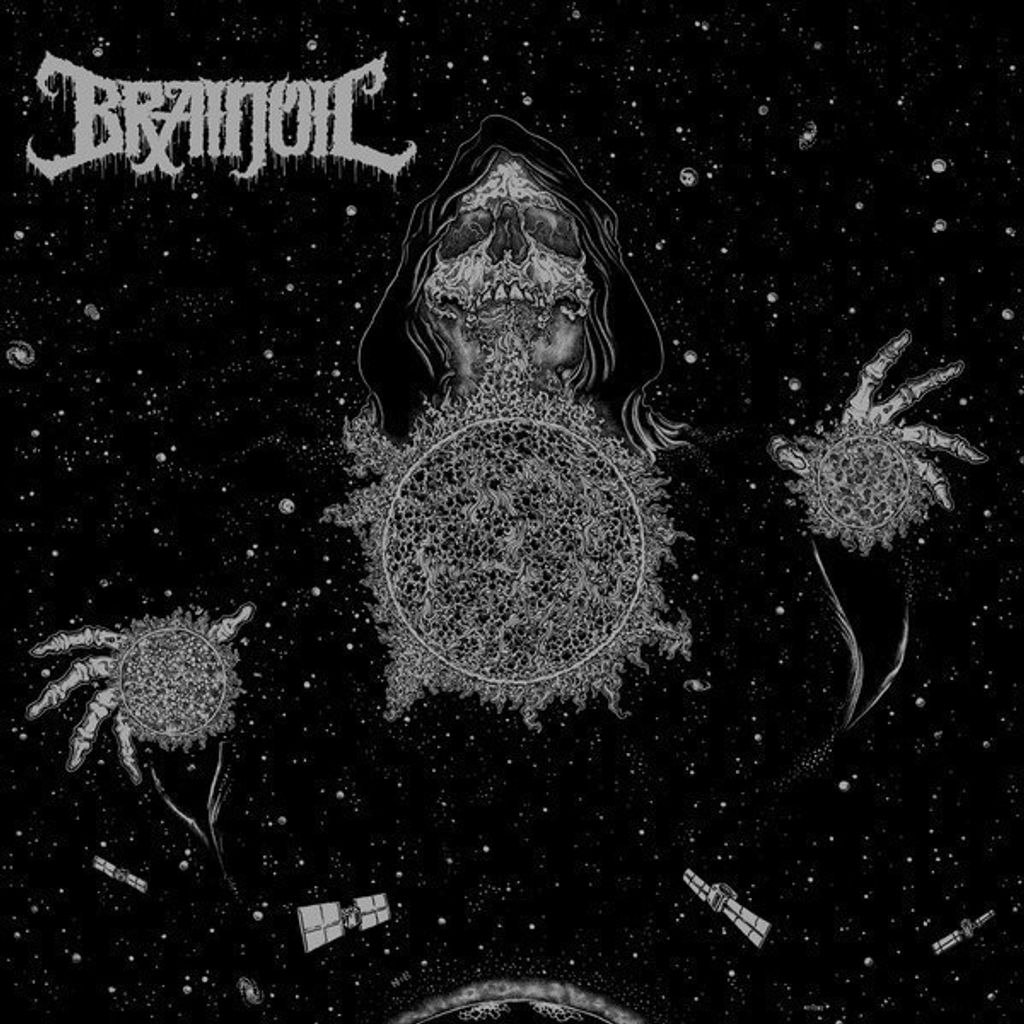 
There is a certain dissection of sounds that is integral to the core of many sludge metal acts, especially ones that incorporate the styling of doom and crust punk. Long-running Oakland outfit Brainoil deliver an album with Singularity to Extinction that seems to open up new layers no matter how deep your knife of critique goes, which is sure to become encased in the murky grime that covers their particular brand of metal. There are moments on the album that provide the sinister, funereal wall of sound from the sustained guitars, yet with the speed of a key change they are able to take it from a trudge to a full-on assault that still takes you by surprise no matter how well you had prepared yourself.

A shining feature on Singularity to Extinction is the use of the two very distinct vocal performances. During the slow crawl that makes up much of the moments on “The Spectre’s Vile Hand (The Shock Doctrine)” they favour a blackened screech while sections like the latter half of “Preface to Madness” the vocals become much lower in pitch, sounding absolutely monstrous as the music evolves into a thrash and punk rhythm.

While Brainoil is not delving into untapped realms within their respective genres, there is a level to their sound that is inherently unique to them, namely in the particular layers of distortion they use which works great alongside the alternating tempos that the bass and percussion move the listener through seamlessly. It’s laid out on full display in “Recursion Abyss,” which highlights their ability to sound otherworldly yet buried beneath our own feet at the same time, waiting for the precise moment to pull us into their realm of devolving chaos.