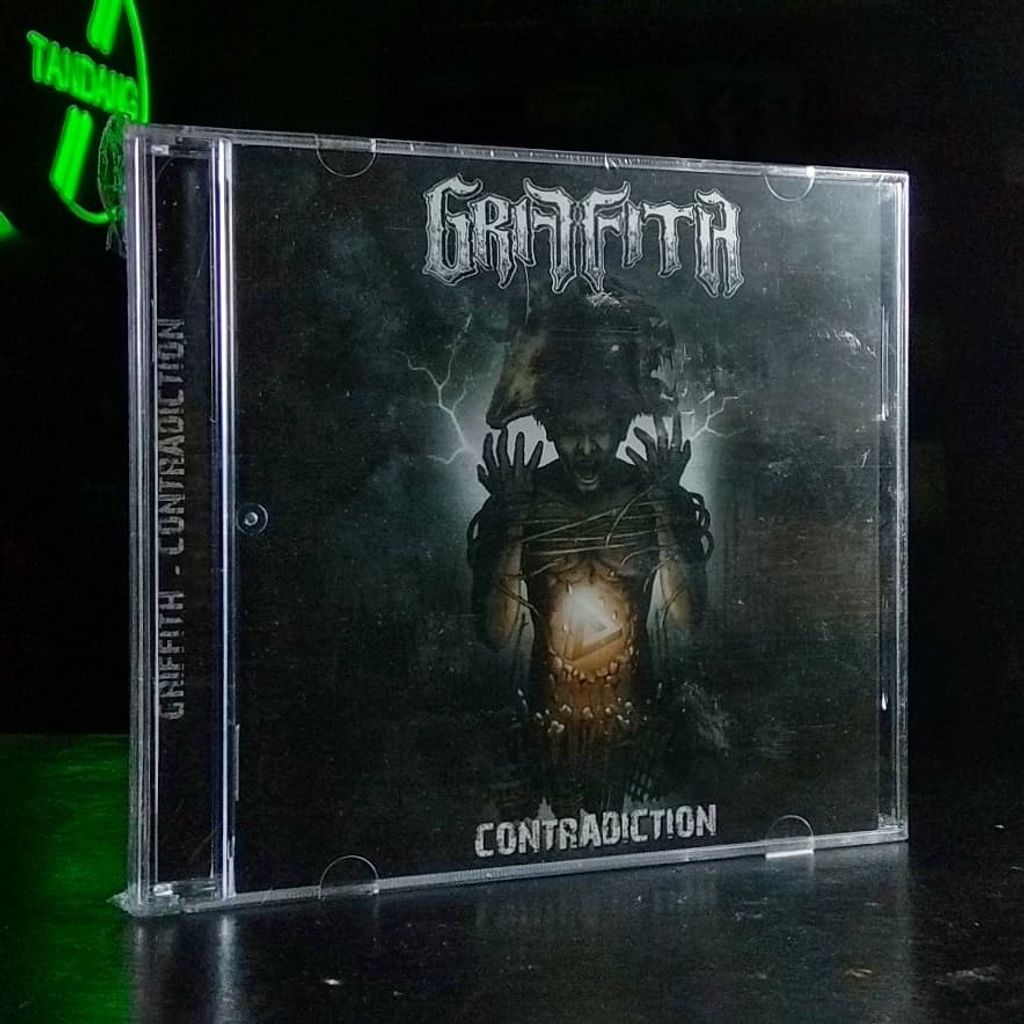 Sukabumi's hardhitting metalcore unit just released their premier album on last February. There are nine songs, namely "Contradiction", "Sense of Temporary", "Wild", "Hypocritical", "Die for Lies", "Victim of Greed", "Angels Cry", "Under Your Tomb Stone", "Hiding in the Light "and one bonus track," Lost in Minute ", the first single in 2017. The selection of the song "Contradiction" as the title of this album was not without reason. According to Griffith, this song is able to represent the entire contents of the album, an album of full-throttle melodic metal/hardcore.