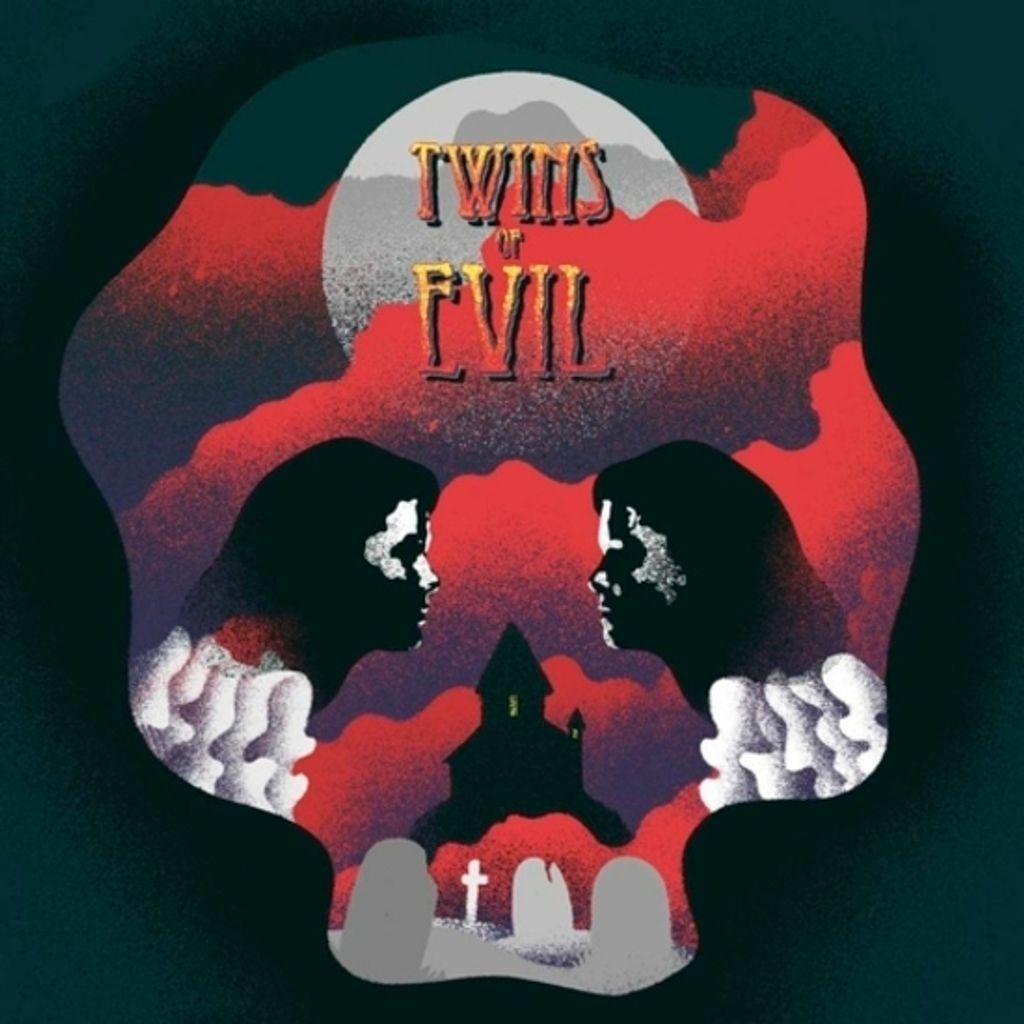 Harry Robinson’s eclectic résumé included compositions and arrangements for the Children’s Film Foundation, the Eurovision Song Contest and Nick Drake. In 1958 he even topped the Hit Parade with the manic ‘Hoots Mon’. But to horror aficionados Robinson is best known for his work with Hammer Film Productions. When Robinson first saw footage from Twins of Evil he was struck by the scenes of Gustav Weil (Peter Cushing) and his witch-finding Brotherhood thundering through the countryside on horseback. Soon after, he began composing a score inspired by Spaghetti Westerns.Twins of Evil was shot from March to April 1971. The previous year the age restriction for the ‘X’ certificate had been raised from 16 to 18. This relaxation, combined with Hammer’s recent assimilation of independent producers Harry Fine and Michael Style, led to some relatively extreme filmmaking in the early part of the decade. The potentially kinky scenario of Twins of Evil is fairly restrained, at least in comparison to previous Fine and Style productions such as The Vampire Lovers and Lust for a Vampire, but the film clearly belongs to a more violent and sexually explicit era of Hammer horror.It’s therefore entirely appropriate that Robinson’s music occasionally lacks the delicacy of Hammer scores from previous decades.

Nevertheless there is memorable and evocative music here: the epic theme combines the rousing spirit of Morricone’s Westerns with a doom-laden percussion that anticipates Weil’s fanatical Puritans. The supernatural element finds an unsettling accompaniment in the cue written for the resurrection of Mircalla. Director John Hough was at his most inventive in the scenes featuring an incriminating mirror, and Robinson’s score underlines their impact with see-sawing violins.

Robinson’s juxtaposition of genres may seem unorthodox, but the strident and melodic result helped define Twins of Evil as the early 1970s’ quintessential Hammer horror.