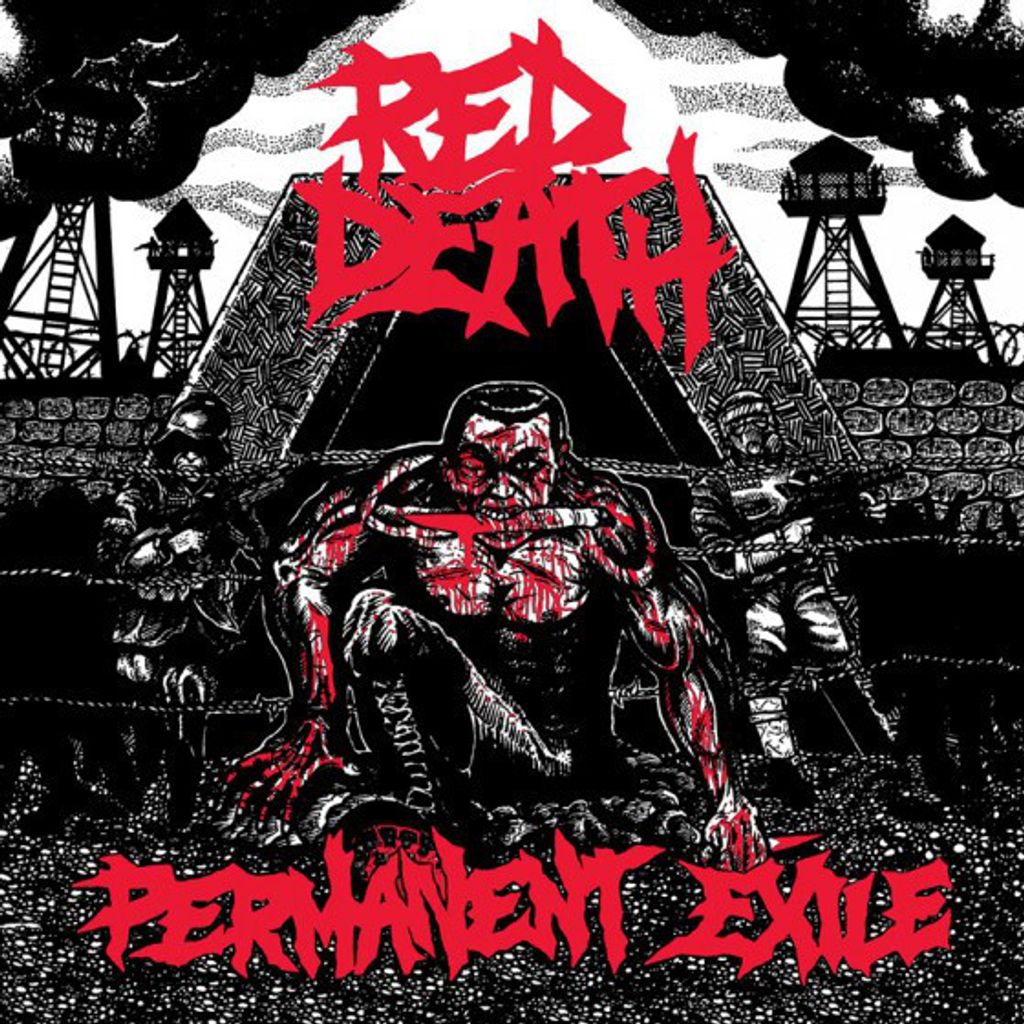 n 2014, DC's RED DEATH came out of the gate and obliterated everyone with one of the best hardcore demos of the year. Their first recorded output channeled the sheer brutality and precision of crossover classics like Animosity and Cause for Alarm, without straying too far from the rawness and reckless abandon of hardcore punk. On their new LP, Permanent Exile, Red Death delivers exactly as we hope a band with a strong outset should - with an even more powerful and focused follow up release. While influences on Permanent Exile range from Negative Approach to The Accused to Anti-Cimex, one thing is made clearly evidently: Red Death are first and foremost a hardcore band. As hardcore and punk get more fractionalized each year, they are band that puts emphasis and importance on the music they are creating, rather than what scene they fit in or what uniform they are wearing. Permanent Exile is the record for those of us who appreciate every facet of hardcore, punk, metal, and all genres in between - and that says a lot in 2015.