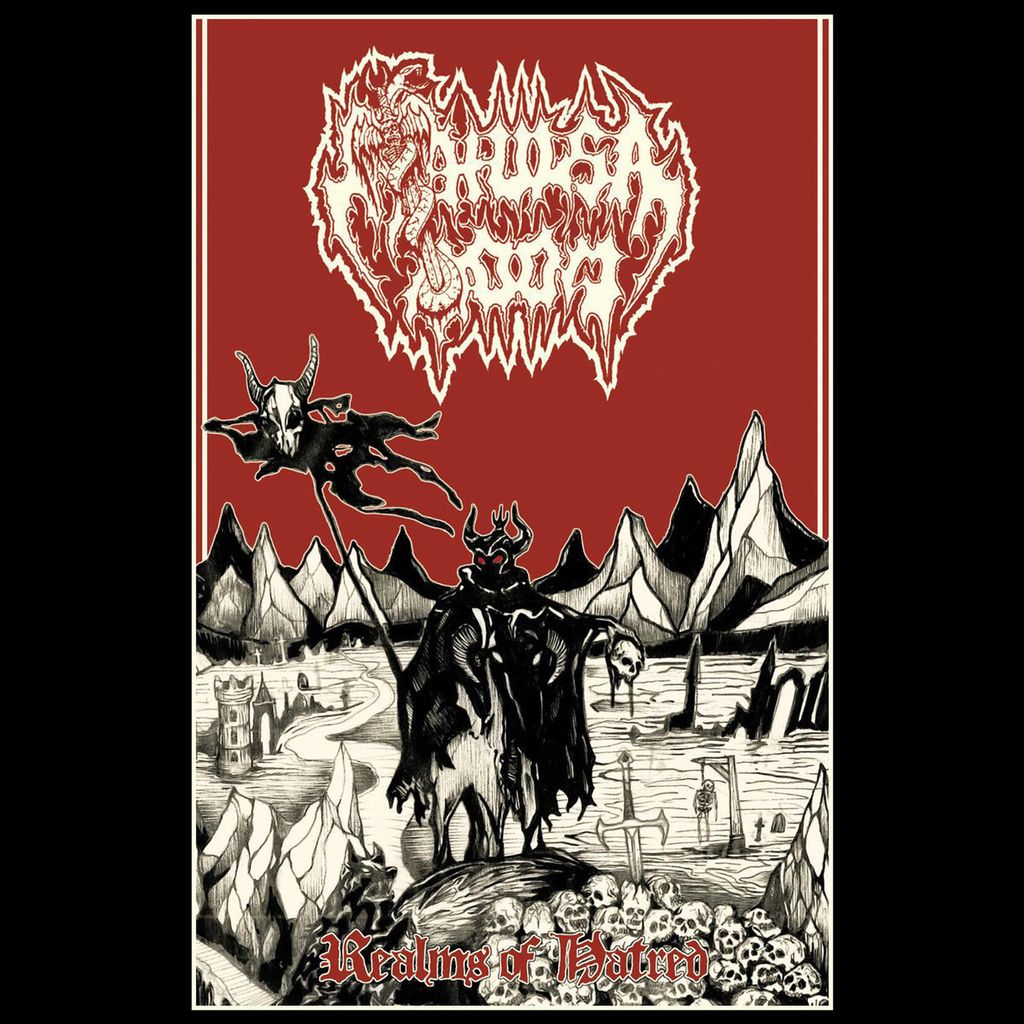 
The debut demo of Italy's THULSA DOOM, Realms of Hatred. It was released in 2018, but Realms of Hatred is a total full-on assault of turn-of-the-'90s DEATH METAL. No gore, no triggers, no Swedeath worship: rather, the sulfurous diabolism of early Morbid Angel, Sadistic Intent, Chile's Pentagram, and even a bit of Necrovore. Four tracks of Metal of Death madness (plus two requisite mood-setting interludes), all brimming with the hellfire and mystery that made the late '80s such a classic period in the underground - enter THULSA DOOM's Realms of Hatred!