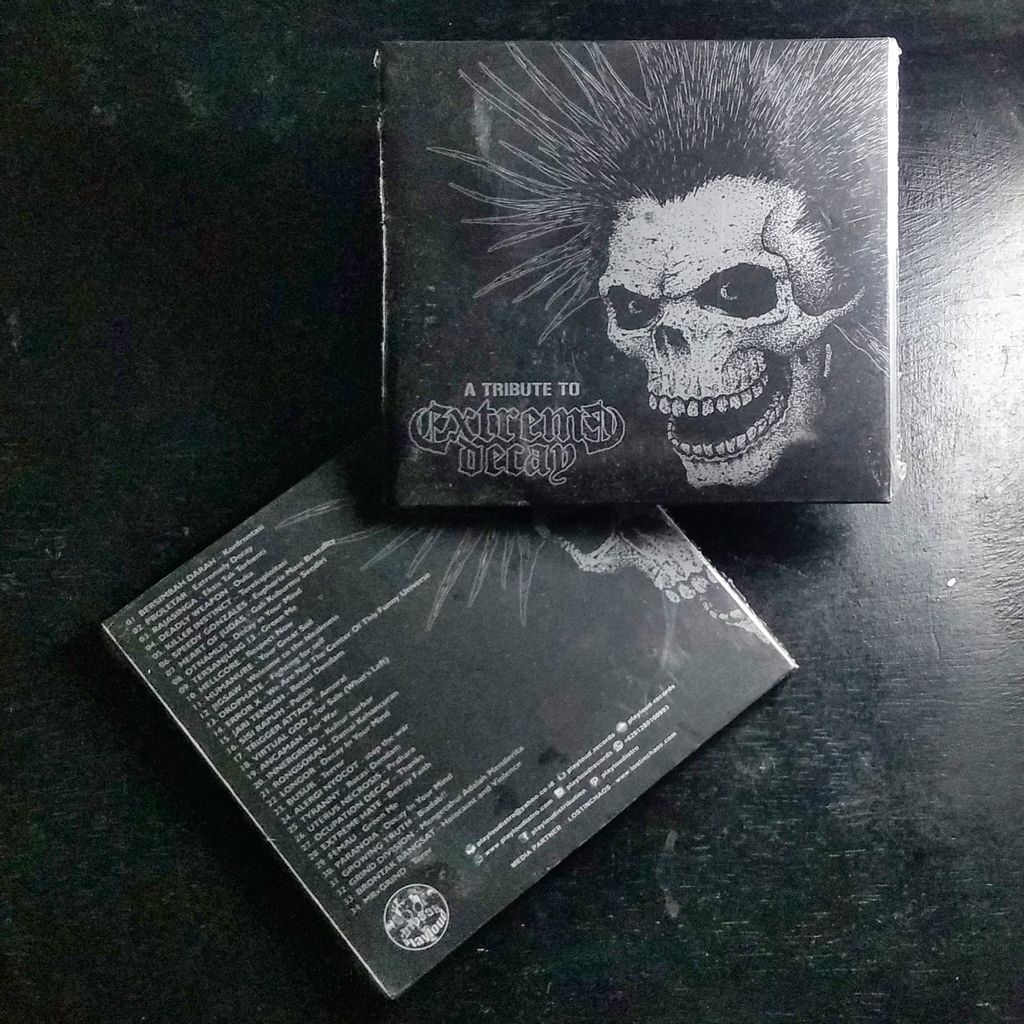 The Jakarta-based record label, Playloud Records, has just released the album A Tribute To Extreme Decay in the CD format, in 2016. In a solid disc that lasted almost one hour, it was filled by thirty-four bands from various regions who interpreted Extreme Decay songs through their respective musical characters.

The tribute album project originated with the ideas of Revan Bramadika (Rajasinga) and Astorik Subandi (Tyranny) when discussing how their band would play their own rendition of Extreme Decay songs.

Extreme Decay is a grindcore music bearer unit from Malang city that has existed since 1998. Until now, the album discography has been quite long, including Bastard (1998), Extreme Decay As Fuck (1999), Social Warfare - Tape -Demo, Live and Rehearsal (1999), Progressive Destruction (1999), Third World Waste (2000), Holocaust Resistance (2010), and Destructive Progression (2014).