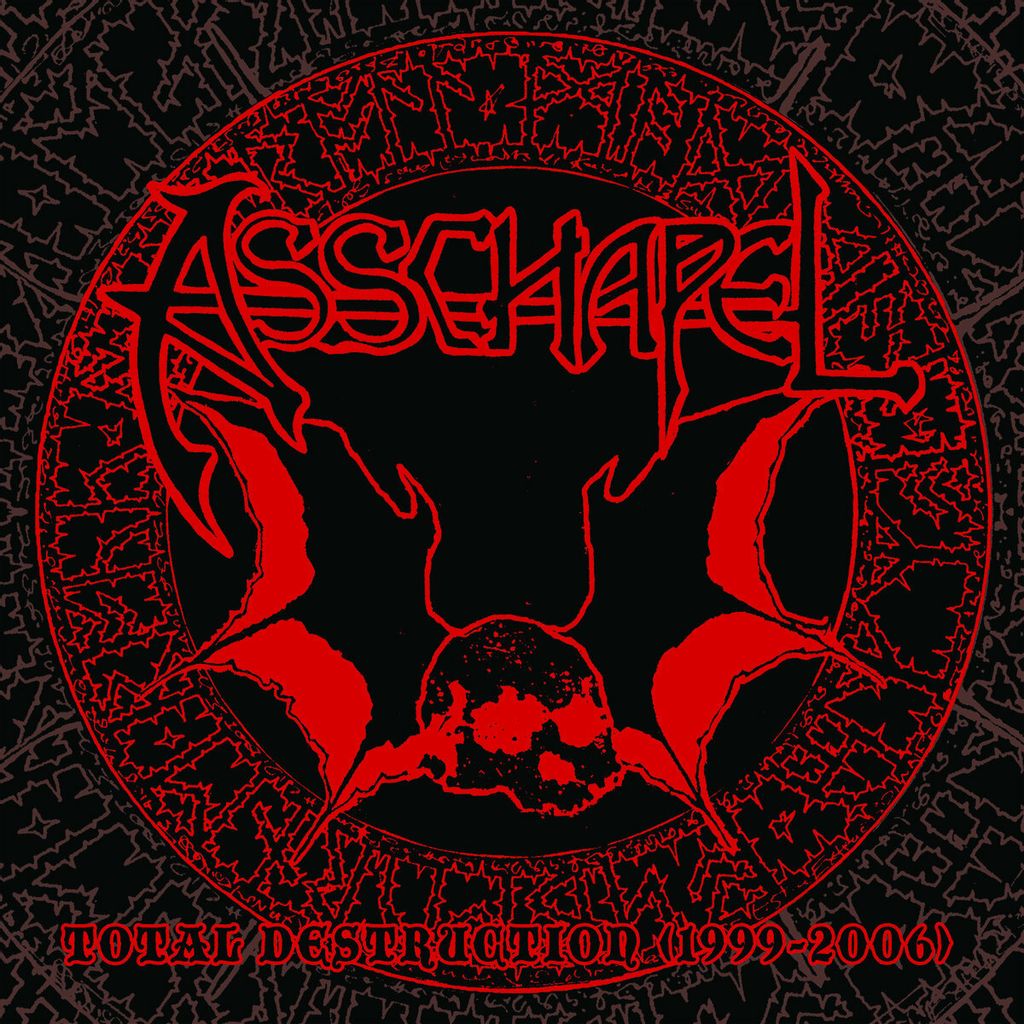 At turn of the 21st Century a Chapel of Ass arose from the buckle of shit known as the Bible Belt, Nashville, Tennessee. Built upon the crushed dreams of many aspiring country singers off music row, some local dudes accidentally formed the Satanic thrash rock juggernaut ASSCHAPEL, only to find themselves self-destructing into hell seven years later without a trace…

Behold the only remaining relic of ASSCHAPEL’s existence: the band’s thirty-one wretched tracks of total destruction captured during their lifespan between 1999 and 2006, here collected with Total Destruction (1999-2006). This gathering of tracks will hold the scriptures found on the band’s Fire And Destruction, full-length, Total Worship LP, Satanation & Rotting the Body 7”s PLUS Live Through Destruction live video, all bound in a Stoughton double-LP gatefold-jacketed package with a poster insert.