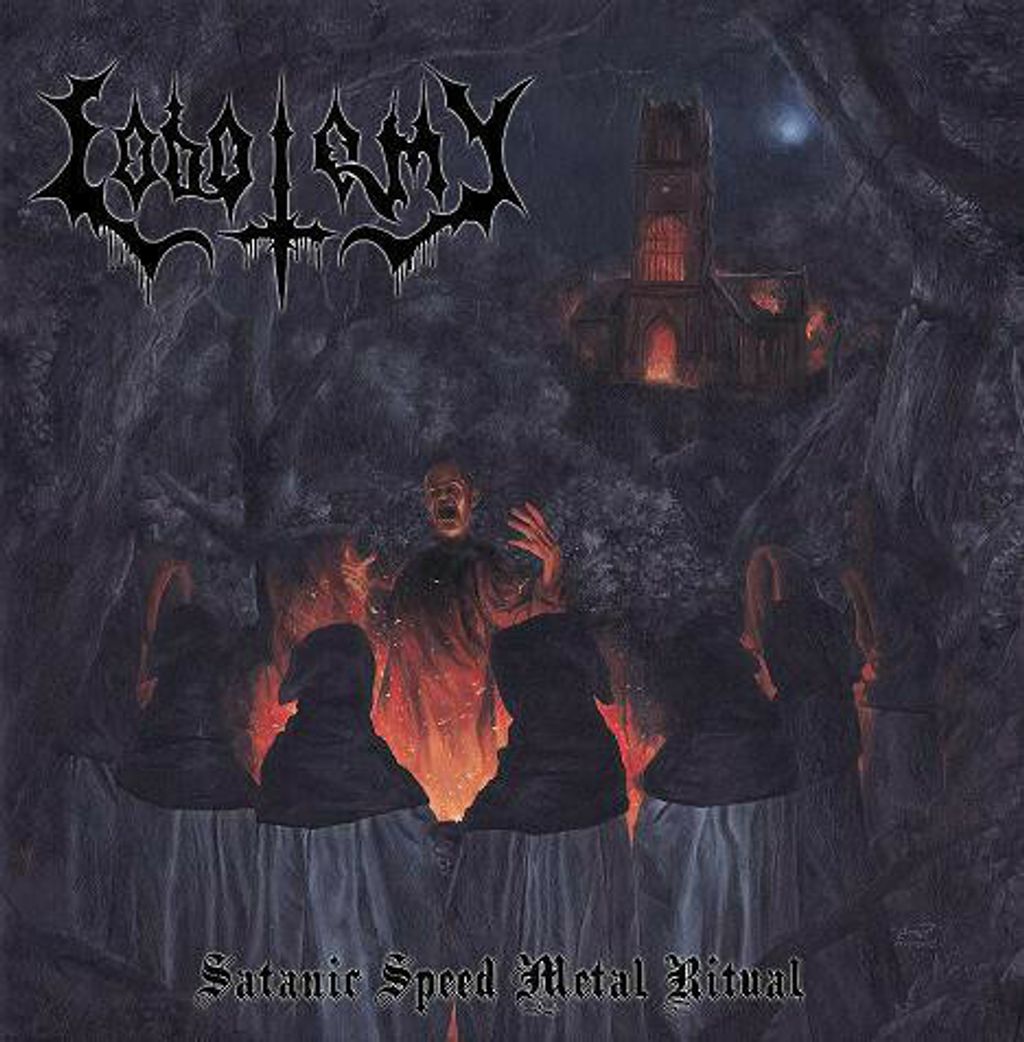 Blue Vinyl edition (Limited to 150 copies)
Come with inner sleeve, A2 poster and sticker and patch

The title of the album already hints on the general direction Lobotomy take here. But the term ?Speed Metal? is just a part of the truth. These friendly looking guys are also rooted in classic Power Metal and learned their lessons in Thrash Metal as well. The opener Delusions Of Sin already convinces with melodic leads and a feeling that makes you think of bands like Destructor or Ruthless. Those US Metal bands that were more heavy instead of fast. But this comparison is more about the feeling for Metal than the music itself. Songs like Hells Metal Brigade or Speed Metal Warfare keep the first side of the album on the fast and thrashing lane without forgetting the melodies. The B-side opens up with a dramatic, epic intro piece before Speed Metal Breakdown honors it's name fully. Underground Thrash Killer even features a guitar solo and some breaks that reminds of old NWOBHM-heroes. The anthem Metal Is Religion and the programmatic Powerthrash round an album out, that purposely perpetuates nearly every Metal clich?, but is a jolly good time listening to it. Lobotomy will not revolutionise the Metal scene with their 'Satanic Speed Metal Ritual' and surely it wasn't their intention anyway. But they deliver a fine piece of classic steel with a raw, unpolished production that will just makes you bang your head like in the good old days. If this record came out 30 years ago, it would surely have been on heavy rotation on every speed metal fan old vinyl grinding stereo!