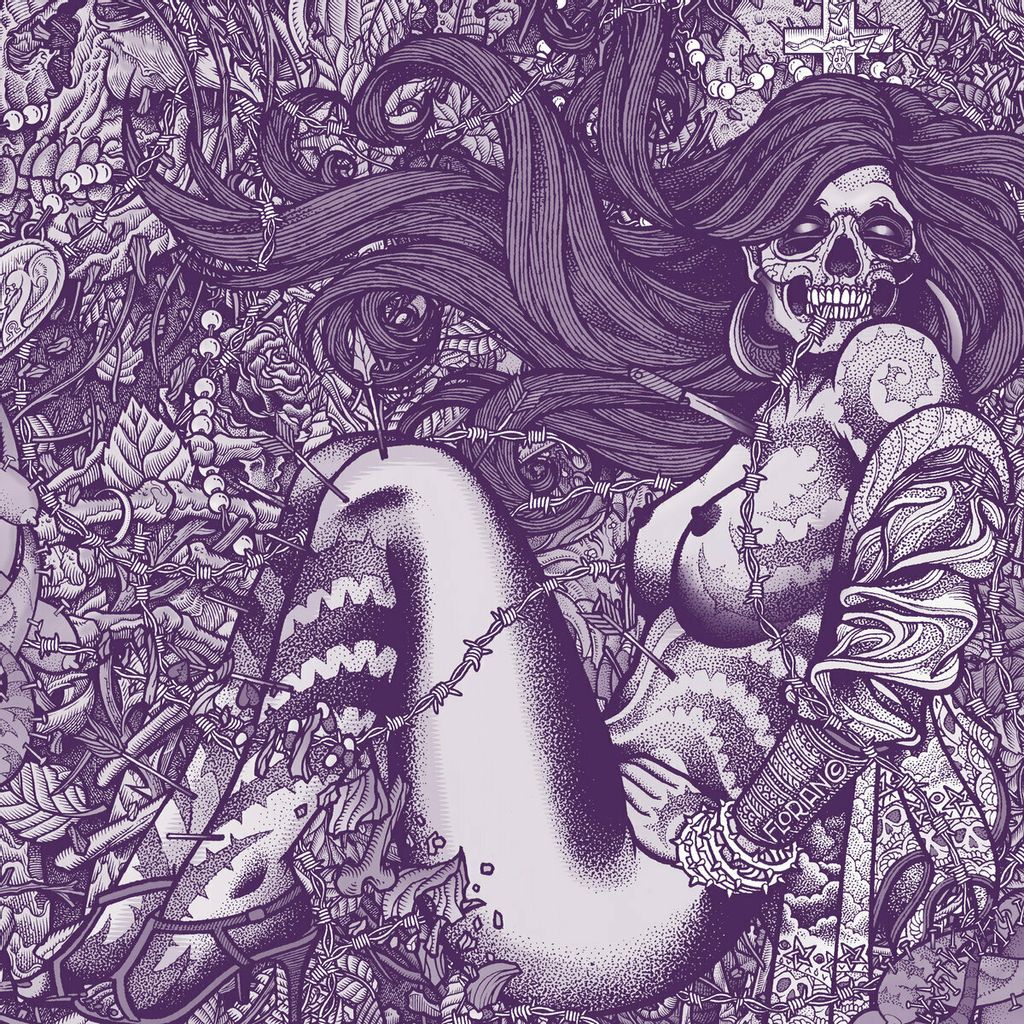 Jesuit was a nefarious mid-90’s heavy band from Virginia Beach that released a small batch of demos, 7”s, and comp tracks while absolutely terrorizing and uprooting DIY hardcore shows around the country at the time. Upon dissolution, members went on to The Dillinger Escape Plan, Converge, Old Man Gloom, Doomriders, Cave In, and Bleach Everything.

This release is a reissue of the band’s entire discography, originally issued by Magic Bullet Records in 2011. It compiles the band’s 7” on Hydra Head, their cover of Black Sabbath’s “Hole in the Sky” from Hydra Head’s “In These Black Days” compilation series, the “S/T” 7” on Reservoir Records, and the original self-released demo tape. All tracks were restores, remixed, and remastered by Kurt Ballou at God City, where everything but the demo was originally recorded.

The 2021 edition of the record features a new cover colorway, a translucent hot pink LP, a clear 7” flexi with silver foil, and a giant fold-out poster that contains all lyrics, liner notes, and over a hundred photos.

Proceeds from this release will help fund public concrete skatepark additions and repairs.