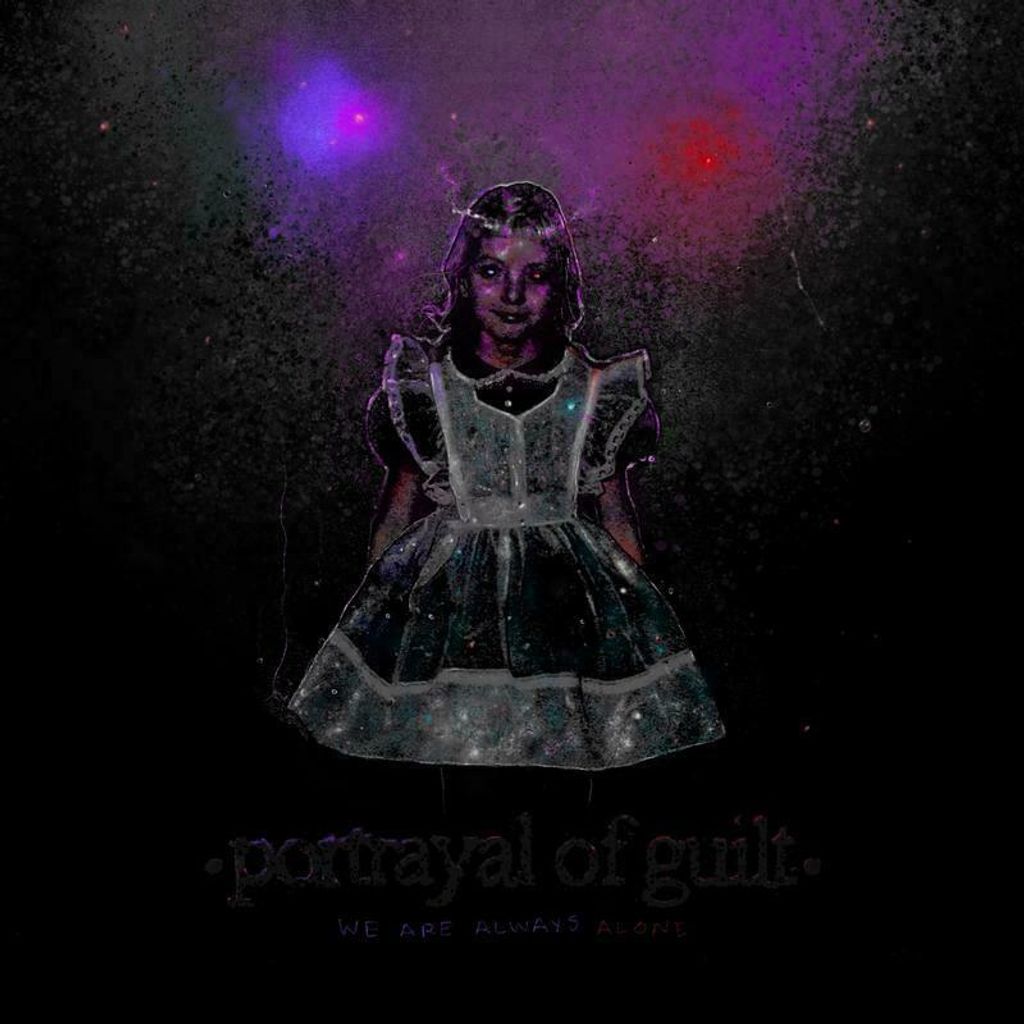 • Portrayal Of Guilt "We are all Alone" LP

To say Portrayal of Guilt write grim songs is an understatement. Since forming in 2017, the Austin trio has been a flowing fountain of fatalism, spewing harsh and brutal sentiments across their releases. Now, on their second album, We Are Always Alone (Closed Casket, January 29th, 2021), the band turns the nihilism inwards and explores the notion of eternal isolation.We Are Always Alone was written and recorded ahead of schedule. In March, Portrayal of Guilt was on tour in Atlanta when they realized the looming COVID-19 was about to render the remainder of their dates unsustainable. They packed up and drove home, where they immediately got to work crafting and recording nine new tracks with producer and frequent collaborator Phillip Odom (Code Orange, Turnover, La Dispute, Ceremony), with mastering by Grammy nominated engineer Will Yip. The album boasts vocal cameos from Matt Michel and Chris Taylor of Majority Rule and pageninetynine, two seminal bands to whom Portrayal of Guilt has often been deemed the heir apparent.The album sees the band continuing to perfect their gritty style of charred punk that seamlessly fuses together a broad array of styles, from the piercing ferocity of screamo to the thick gnarls of black metal, underlined with chilling and ominous industrial samples. The LP is a climatic listening experience that never really lets the light peek through, instead building up to a cathartic final track that hammers home the bleak desolation that runs through it.We Are Always Alone comes off the heels of the band’s 2019 EP, Suffering Is a Gift, and their celebrated debut full-length in 2018, Let Pain Be Your Guide, which earned the band praise in outlets like NPR, Revolver, and Kerrang!. Even though it was birthed under the spectre of a global pandemic, it’s hard to argue that We Are Always Alone is any more dire than the rest of the band’s catalog. For a Portrayal of Guilt release, it seems par for the course.