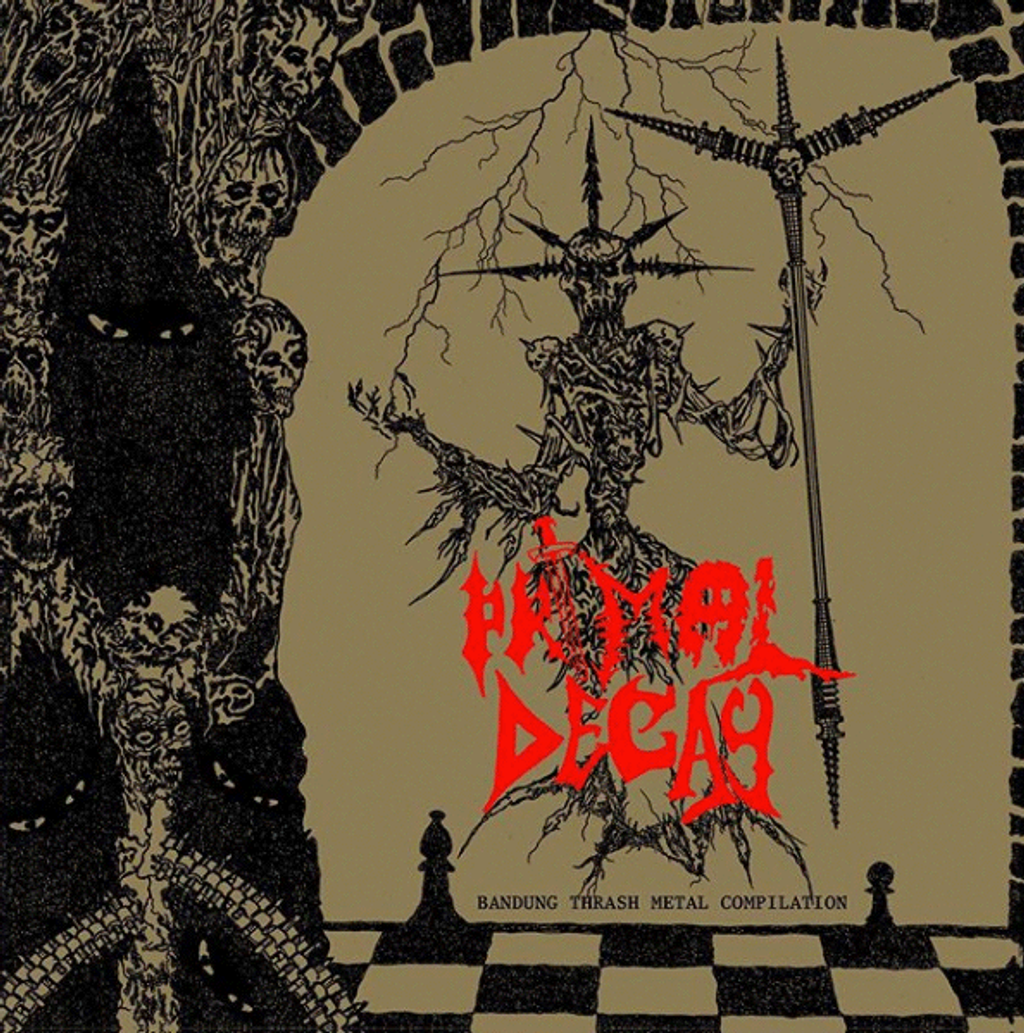 Grimloc Records
CD with jewel case version Thrash Metal could be the oldest music genre / subgenre in Bandung, or maybe even in Indonesia. It emerged in the late 1980s and erupted in the early 90s, producing the best pioneering bands of the era from Suckerhead, Roxx to Rudal. Even one of the best Indonesian albums of all time is a thrash metal album, "Behind The 8th Ball" belonging to the thrash metal band, Rotor.  This genre was invoked among young people and became a local metal music trend until the mid-90s, ruled the musical, radio and tangkringan stages, until when the grunge trend began to break.The presence of Sepultura and Metallica, the two metal titan in that time frame could be an indicator of how many thrash metal fans in Indonesia. In its heyday three decades ago, this genre became the starting gate for many young people playing music, in almost every major city of Indonesia. Bandung is one of them.Over time, thrash metal fades away from other trends, but it doesn't really die. At least in Bandung, thrash metal is not nostalgic music. For few generations, thrash metal bands were born from every corners of the city and surrounding satellite cities. They intensely gave birth to musical works, gathered, made albums and organized their own events, one of which was consistent is Thrash Hangover.Grimloc Recs document this stretch in a compilation. Noting the collective spirit, the dynamics of the scene and everything that is intersected in it. There are 14 bands involved with the diversity of their thrash. From the very old school to those affected by modern thrash, from the fast and the short to the long and dynamic compositions. These 14 bands are not representative of the Bandung thrash scene that exists today. There are many more bands that play metal music with the wrath and lyrics of their personal and political expressions of anger in the city of Bandung, but at least this compilation is expected to be another moment of effort not only documenting the scenarios of the city but also other small endeavors such as collecting efforts to build an economic base collectively.Tracklisting :01. Walker - “Bandung Thrash Zone”02. The Cruel - “Bulletproof”03. Werewolf - “Moon of Death”04. Morbid Symmetry - “Misery Business”05. Goredath - “Fight”06. K.T.S.D - “SenggolXBacok”07. Killer 7 - “Penetrasi Ideologi”08. Hellcity - “Punks Not Dead09. Kepal - “Si Preman”10. R.A.T - “Dendam”11. Attacktor - “We Need Anarchy”12. Valka - “Perang”13. Babilonia - “Seperti Anjing Bercinta”14. Kill The Day - “Social Animal”